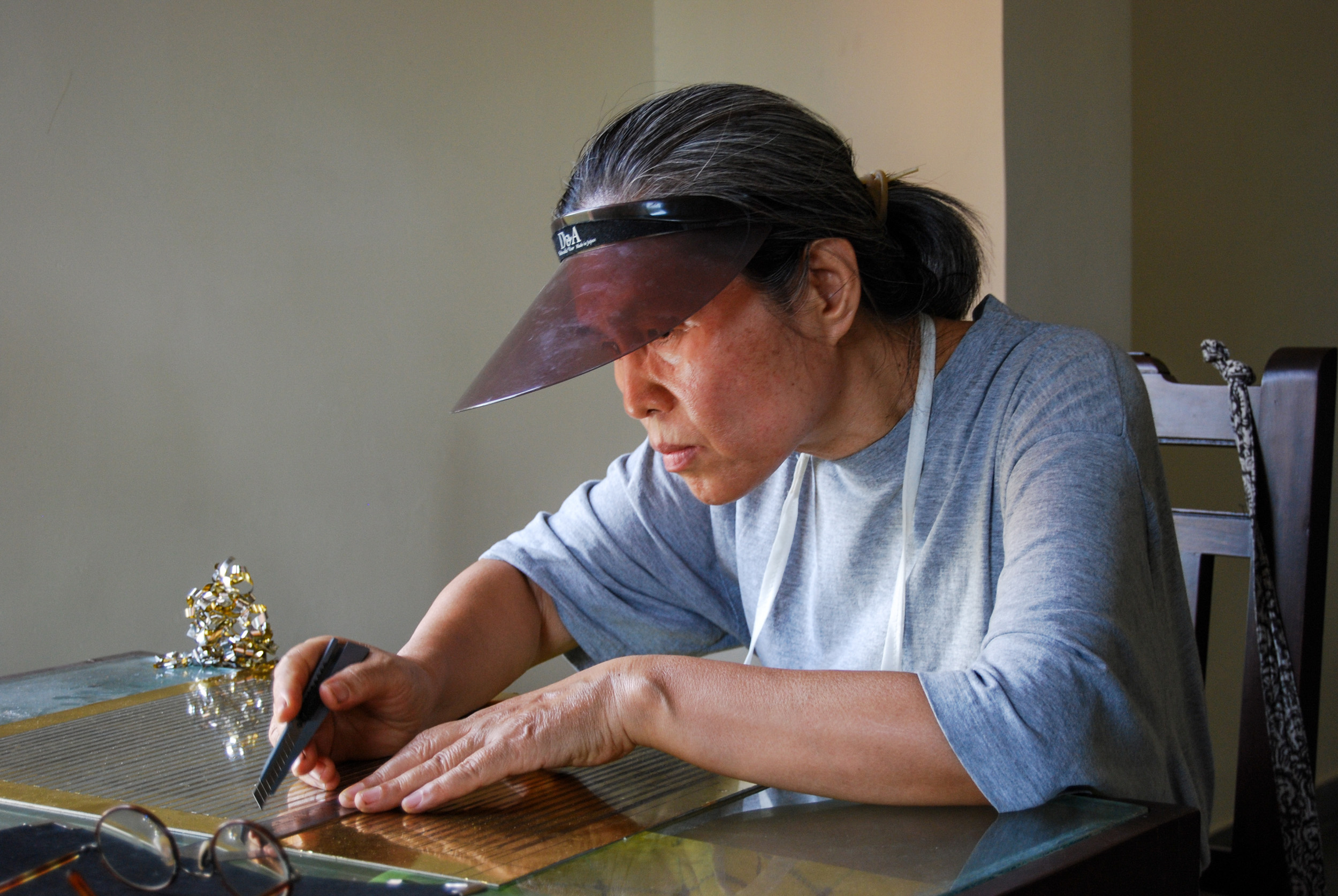 Jin Sook Shinde was born in 1952 in South Korea and completed her B.F.A. from Hong IK College of Art in Seoul, South Korea. She then studied print making at Atelier 17 under Prof. S. W. Hayter in Paris and worked at Glasgow Print Studio, UK.

She realized that she was not attracted to traditional Chinese painting and calligraphy nor to modern western art practices and thus incorporated both techniques in her works. Her constant search in art is to discover and explore the infinite in the finite, movement in immobility, and darkness in light. Most of her works are based on painted sheets of paper cut into thin strips and then rearranged onto another sheet, sandwiched between two acrylic planes. She experimented with sculptures made from paper and light, colour, and shadow towards the latter part of her artistic career.

She met her husband, the artist Vilas Shinde, while studying in Paris and decided to settle in India with him. She had always been fascinated by India, its architecture and the warm colours of the Indian landscape.

Sook won many awards including the Bombay Art Society Award, Mumbai in 1984 and the D. G. Nadkarni Art Critic Award in 1986. In 2000, she was selected to participate in the 10th Triennale in India. She lives and works with her artist husband Vilas in Mumbai.