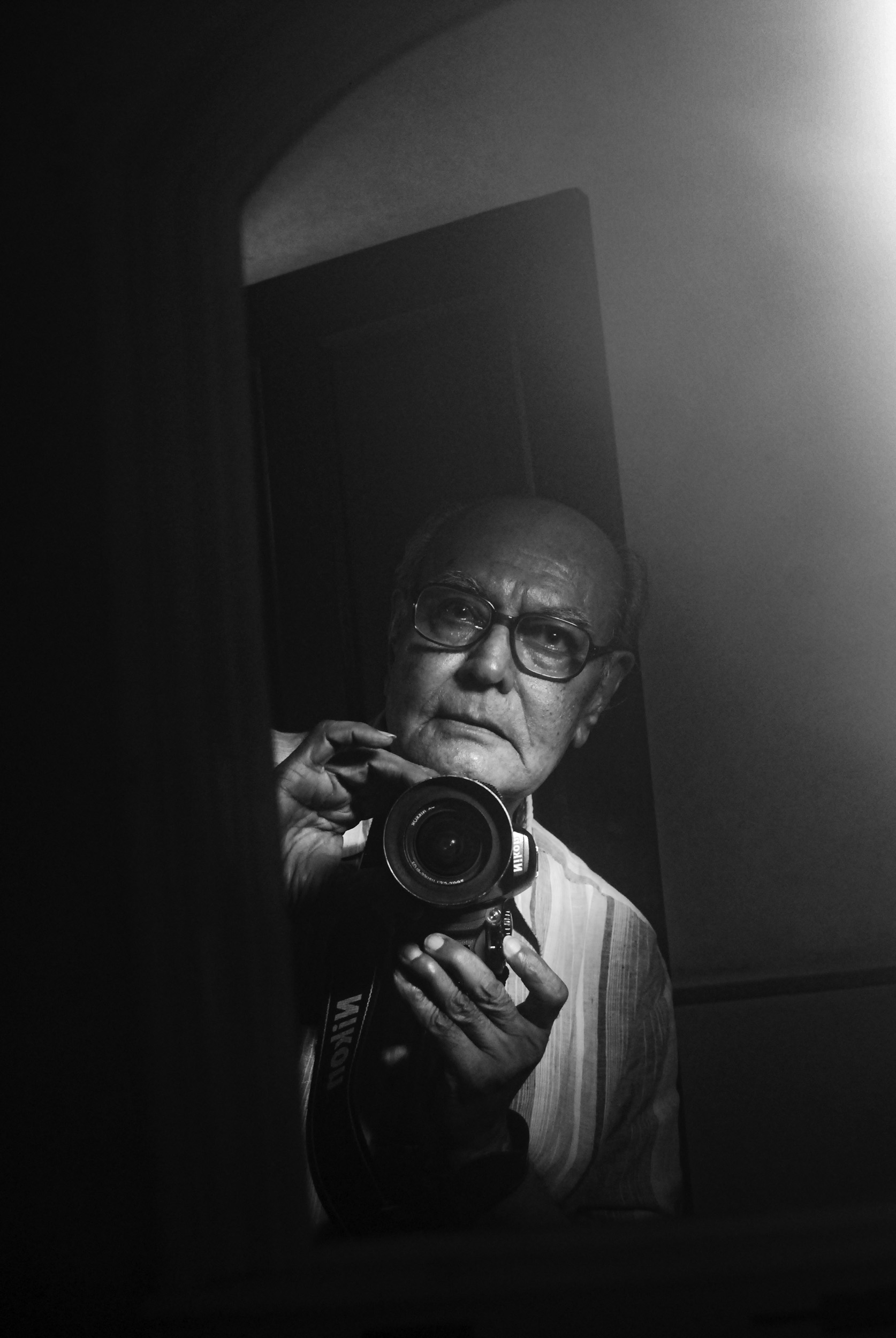 Jyotindra Manshankar Bhatt was born in 1934 in Bhavnagar, Gujarat. Bhatt took an interest in drawing at an early age. He studied painting and print making at M S University, Baroda from 1950-56. Under his mentor K G Subramanyan, Bhatt explored the academic divides between art and craft. During these years he also learnt the art of fresco and mural painting at Banasthali Vidyapith in Rajasthan and began teaching at M S University, Faculty of Fine Arts. He travelled through Gujarat, visiting villages and tribal regions, taking photographs of the changing world he encountered. It became his passion to document traditional craft and design work. His pursuit to qualify the camera as a painter’s tool is evident in the landmark exhibition he organized in 1969, ‘Painters with a Camera’. His photos were direct and simple in composition and focused on folk art.

Bhatt has won numerous prizes including The Presidents Gold Plaque, gold medal at the International Print Biennale, Italy, UNESCO Photo contest, Japan and the top prize at ‘Fotokina’ World Photography Contest, Germany. He has also painted a number of public murals including one at the Parliament House, New Delhi. He was a founder member of the Baroda Group of Artists, and has had over twenty-five solo shows, both in India and abroad.

He was awarded the Padma Shri in 2019. He lives with his artist wife Jyotsana Bhatt and works in Vadodara.