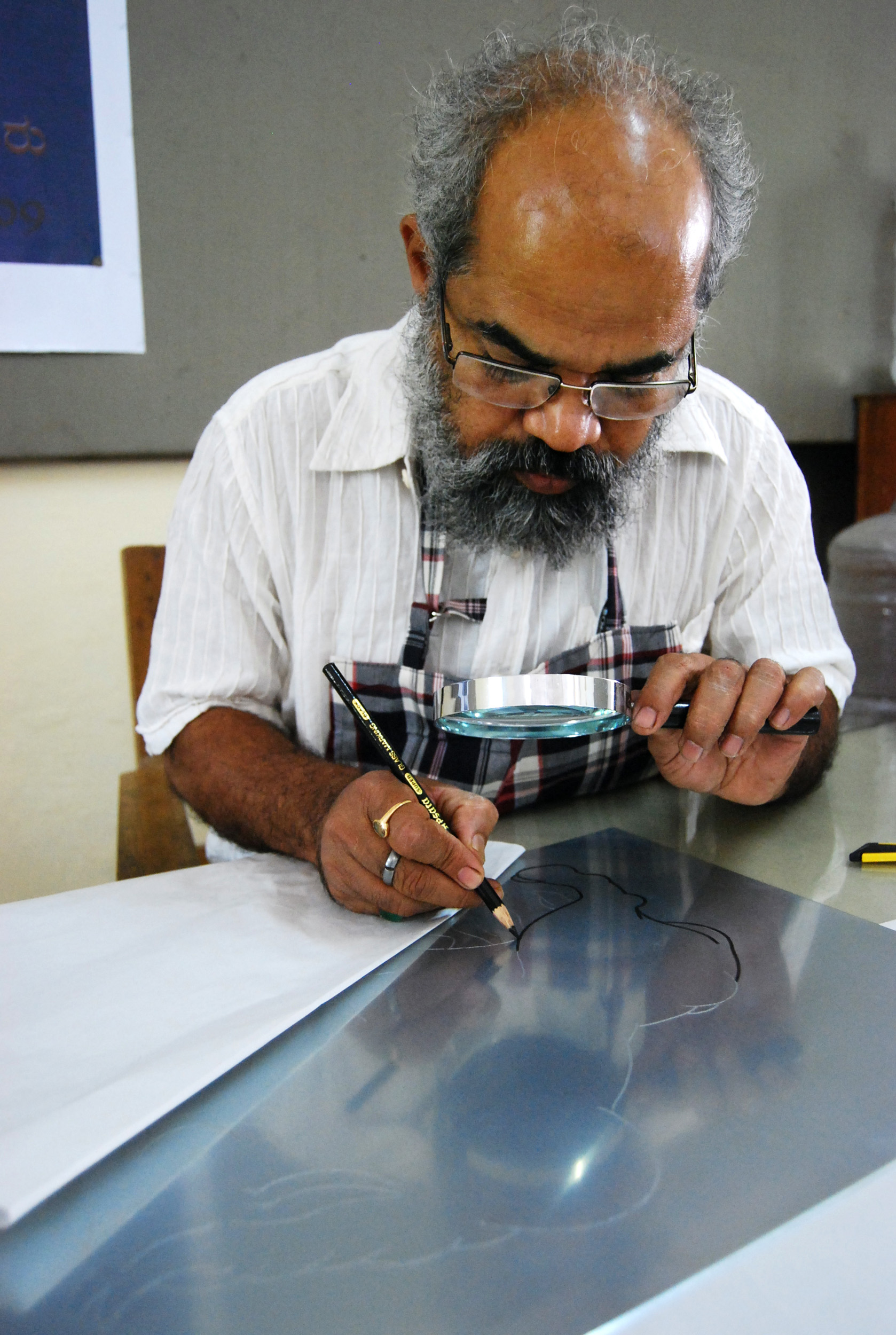 K. R. Subbanna was born in 1952 in Karnataka and got his diploma in Painting from the Govt. School of Art & Crafts in Davangere, Karnataka and his MFA from Delhi College of Art in 1995.

He received a Scholarship under Indo-Franch Cultural Exchange programme and was invited to study plate Lithography and other Print making methods as well as to conduct a stone Lithography workshop at DET Rafiske Vaerksted Hjorring, Aalburg Konstskola (art college) Denmark in 1995, in 1998, at “Kildevaeld” for the members, pupils from local Art School, “Kunstskole” Aalborg, Denmark, 2001, “KKV” (a professional print making Studio), Stockholm, Sweden, for the working artist and at Faroe Islands Lithography Workshop, for the public during open Studio weekend – 2001.

He has participated in XI Triennial India and many national and international exhibitions including the Festival of India’s exhibition of contemporary Indian Print making in USA. He was awarded the State Award by the Lalit Kala Akademi in Karnataka in 1981 and the National Award by the Lalit Kala Akademi in New Delhi in 1984, “Charles Wallace India Trust” award for residency in UK- 2000, besides many other prestigious awards.

Presently he lives and works in New Delhi.