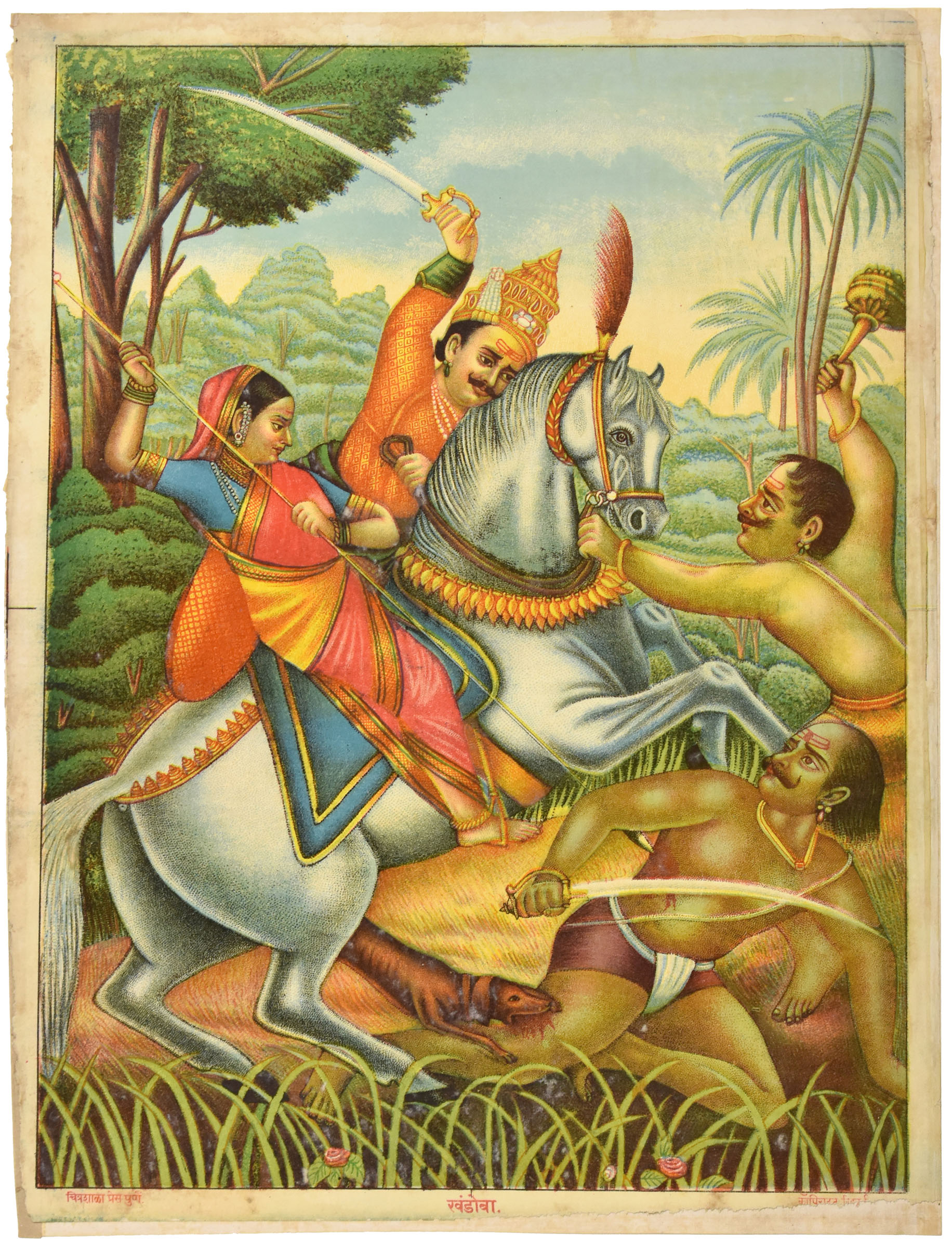 Revered in the Deccan plateau of central India, Khandoba is a local form of Bhairava, the fierce manifestation of Shiva. He is the most popular family deity in Maharashtra and became the main fighting hero for 19th century Maratha anti-colonialist rebels. It is also thought that the cult of Khandoba has linkages with Hindu and Jain traditions, and also assimilates all communities irrespective of caste, including Muslims.

This print shows Khandoba, killing the two Asura’s Malla and Mani with the help of his wife Mhalsa (alias Parvati) and his dog Shvan. The deity is sometimes also depicted in the form of a linga apart from the image of a warrior riding a horse or a bull. Imagery during the        Independence struggle drew heavy inspiration from such demon killing deities, showing them as fearless and relentless in their mannerisms. The hope was to instill in people the same spirit to fight for freedom from the British Raj.

Forty years later, when the Ravi Varma Press printed the Khandoba portrait, they settled for a literal copy of Chitrashala’s original version.