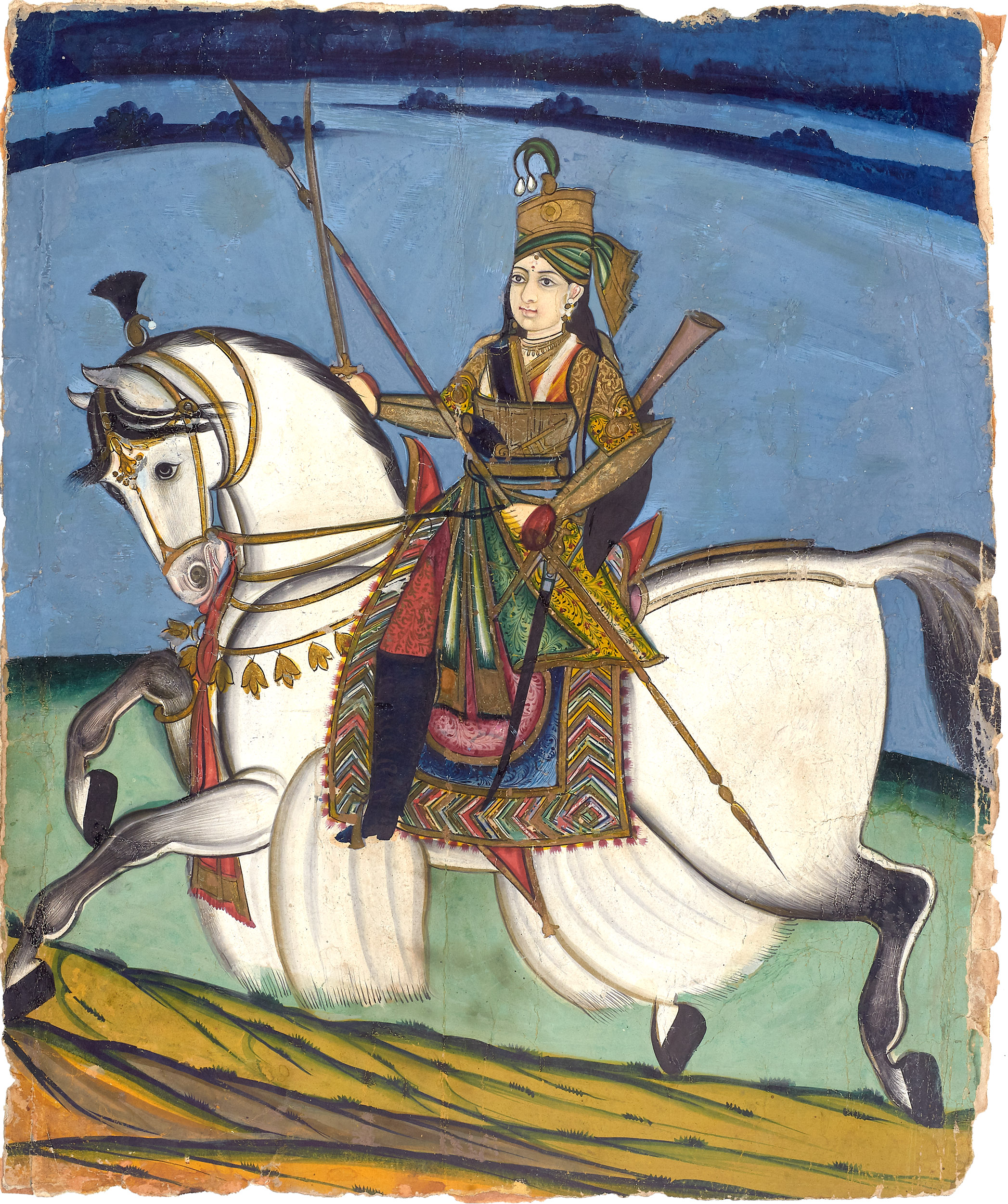 Lakshmibai, the Rani of Jhansi, was born in Varanasi in 1828. As the daughter of a high-ranking official, she was well educated and practiced in shooting and horsemanship. She married Raja Gangadhar Newalkar of Jhansi in 1842 and gave birth to a son nine years later. Their son died at a young age, forcing the aging Maharaja to adopt an heir, Damodar Rao, in the days before his death in 1853. Despite a British official overseeing the adoption, the British East India Company, under Governor-General Lord Dalhousie, applied the Doctrine of Lapse, rejecting Damodar Rao’s claim to the throne and annexing the state to its territories.

In the chaos that ensued at the outset of the Indian Rebellion, the Rani, as the leading figure of authority in Jhansi, recruited an army, strengthened the city’s defenses and formed alliances with the rebel rajas in preparation for the battles that were sure to come. British forces, led by Hugh Rose, besieged Jhansi on March 23, 1858. On April 3, when it became clear that the fort would not hold, the Rani, along with her son and four of her followers fled to join up with rebel forces in Kalpi. After another defeat in Kalpi on May 22-23, the Rani and her supporters retreated to Gwalior, where they defeated the army of Jayaijrao Scindia’s (cat. 46), who remained loyal to the British. Rose and his army approached Gwalior on June 16th and the Rani and her forces rode out to meet them. The Rani fell on the second day of fighting and Gwalior was taken the following day.

The beloved heroine of the Indian Rebellion and eternal symbol of Indian resilience was frequently depicted in paintings and popular prints1 of the second half of the 19th century. She is sometimes depicted fighting face to face with British troops2 and other times shown alone, heavily armed atop her horse, as we see here. Our picture, which is finely drawn and boldly colored, is among the earliest posthumous portraits of the Rani to survive.