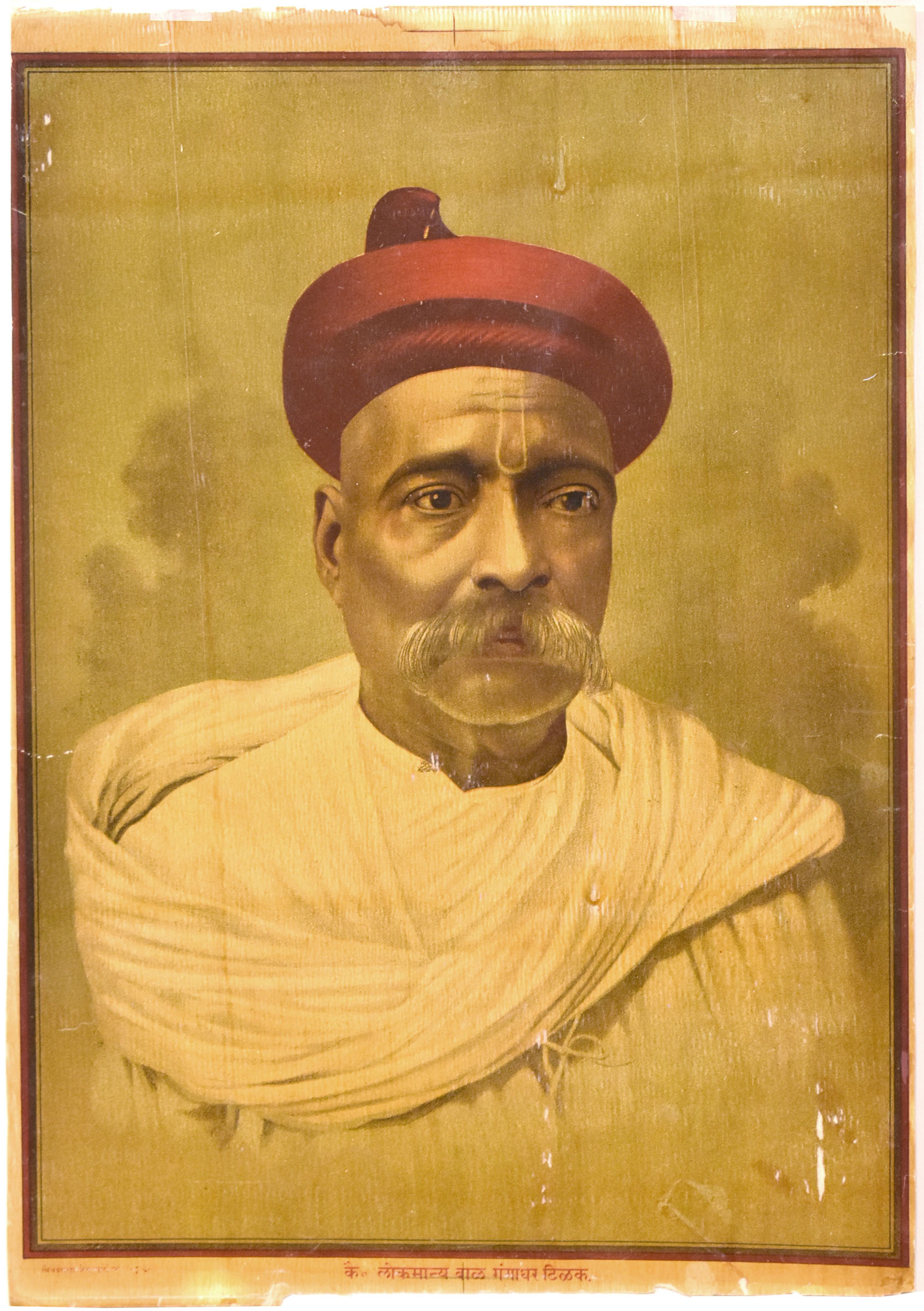 The political mentor of Chitrashala Press in Pune, Bal Gangadhar Tilak, better known as “Lokmanya” Tilak, was the first leader of the Independence movement. He was called the “father of the Indian Unrest” by the British colonial authorities and “The Maker of Modern India” by Mahatma Gandhi.

Tilak had a lot of influence on the editorial commitment of the Chitrashala Press as Chiplunkar, its founder, died prematurely. The successor and manager of the Press, Vasudeo Joshi was a Tilak follower. Joshi and Tilak belonged to the Brahmin community of Chitpavan which played a decisive role in the anti-colonialist fights of the 19th and 20th centuries.

The bust lithograph was produced from Tilak’s full length photograph by an anonymous photographer.