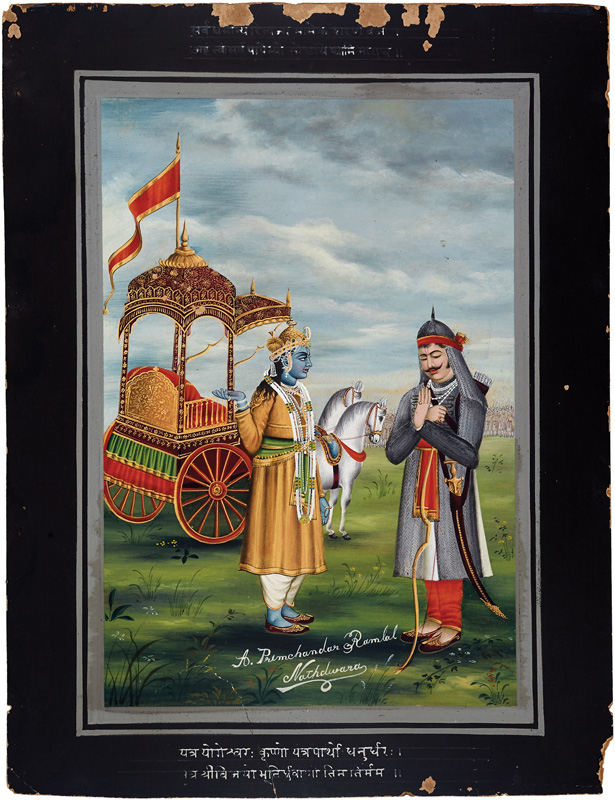 by Premchandar Ramlal of Nathdwara
circa 1900 CE

Depiction of an episode from the Mahabharata battle in which Krishna motivates Arjuna to fight against the Kauravas and Guru Dronacharya.

While Krishna, who chose to be the Arjuna’s sarthi (charioteer), is indicating at battlefield by waving his hand and armoured Arjuna is paying homage with joined palms and bowed down head. Krishna then narrates the Bhagwat Gita’s karma based philosophy to Arjuna, to boost his spirits.

This imaginary portrait of Krishna and Arjuna was created by a known Nathdwara artist who amalgamated traditional and contemporary influences to shaped his own style. Though Krishna’s imagery is closer to semi-realistic counterparts, Arjuna appears to be modelled after the popular imagery of Rajput hero Maharana Pratap.

Artist Premchandar Ramlal is also credited to have painted many mythological and court scenes at the Dungarpur palace, today it is know as Purana Mahal.