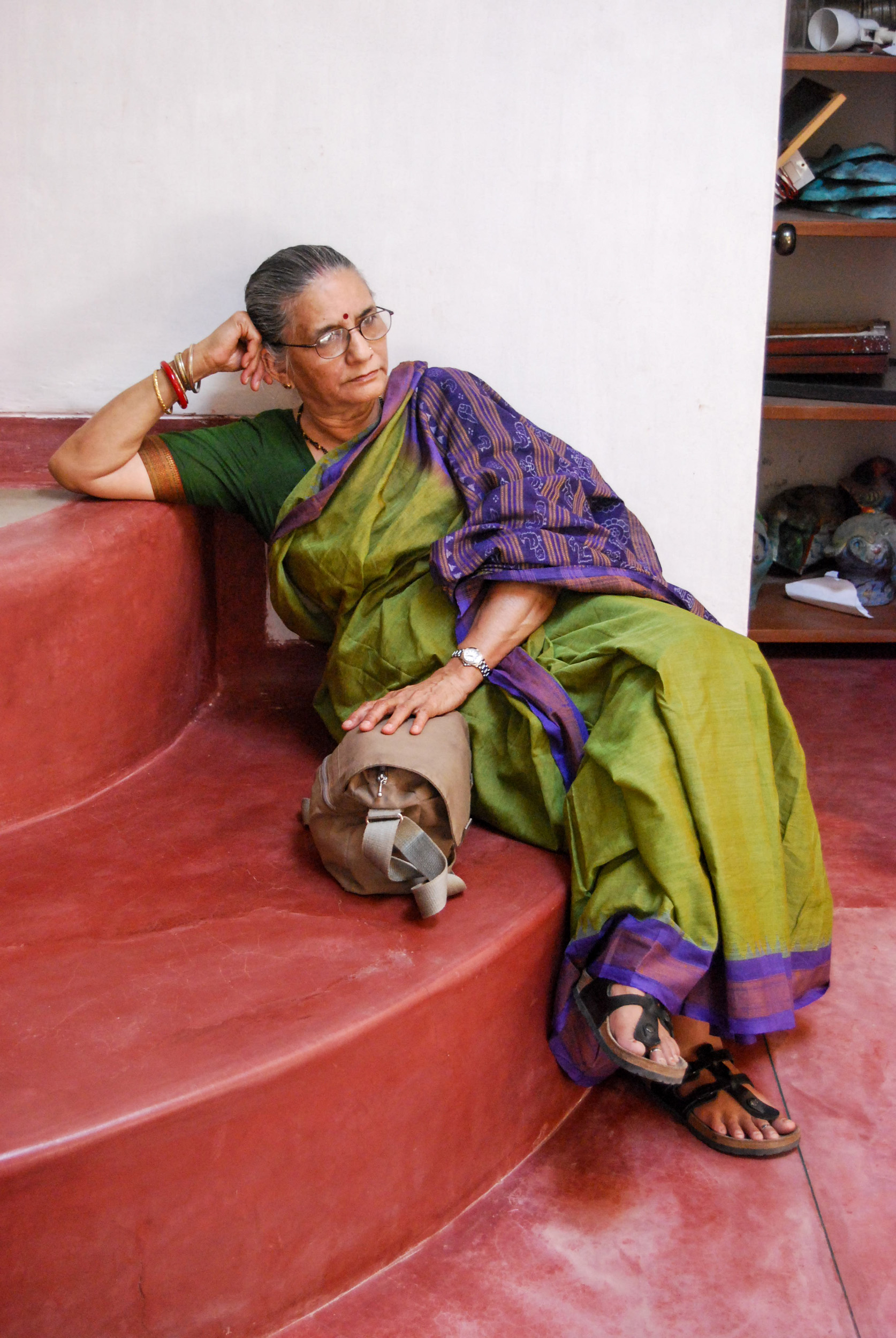 Madhvi Parekh was born in 1942 in Sanjaya and is a self-trained artist. Her father was a Gandhian and she married her husband Manu Parekh at the age of 15.

She did not have aspirations to be an artist but beckoned by her husband she began painting in 1964 while pregnant with their first child. She exhibited her work for the first time at the Birla Academy, Kolkata and in 1973 had her first solo show at the Chemould Art Gallery. Her work revolves around childhood memories, women’s craft, folk art and Indian myths. Although her inspirations are traditional, her style is contemporary as she was greatly influenced by Paul Klee, whose book her husband gifted her. Most of her paintings are unplanned, discovered through the process and adapting to the scale needed from origin to journey. She draws heavily from the compositions of Kalamkari and Pichwai, making the middle as the primary point and then filing the secondary and tertiary elements.

Madhvi has participated in many shows such as, Play Turkey and Yugoslavia in 1985, Watercolours by Four Women Artists, Bharat Bhavan, Bhopal and at the Jehangir Art Gallery, Mumbai. A documentary film on Madhvi and her husband Manu Parekh, called Dwity was made by Suraj Purohit in 1992. She lives with her husband and artist Manu Parekh and works in Delhi.