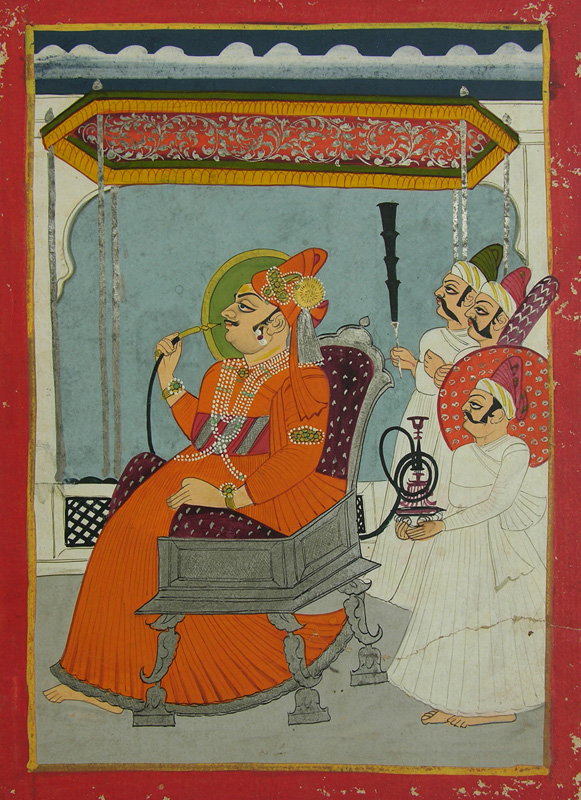 Maharaja Abhai Singh, born in 1702, was the eldest son of Maharaja Shri Ajit Singhji. At an early age of 6, he entered the Mughal service and was appointed to an Imperial mansab. He succeeded his father, after his death, as the ruler of Jodhpur in 1724. His rule was continuously troubled by conflict with his many brothers, as well as the Marathas, the rulers of Jaipur and Bikaner and, at times, the Mughal emperor. In spite of personal and political problems that marred Abhai Singh’s rule, it was a period that saw important development in court paintings, at both Jodhpur itself and in the fiefdoms (thikanas) that were the ancestral lands of the Rathore nobility.

Two factors contributed to the blossoming of painting in Marwar in the 18th century; the development of local vernacular styles, as the thikanas started to produce paintings of minor rulers engaged in courtly activities, and the presence of artists in Jodhpur that were trained at Mughal courts. In this painting the halo on the Maharaja’s head is a Mughal painting influence; in fact, a device originally borrowed from the European tradition.