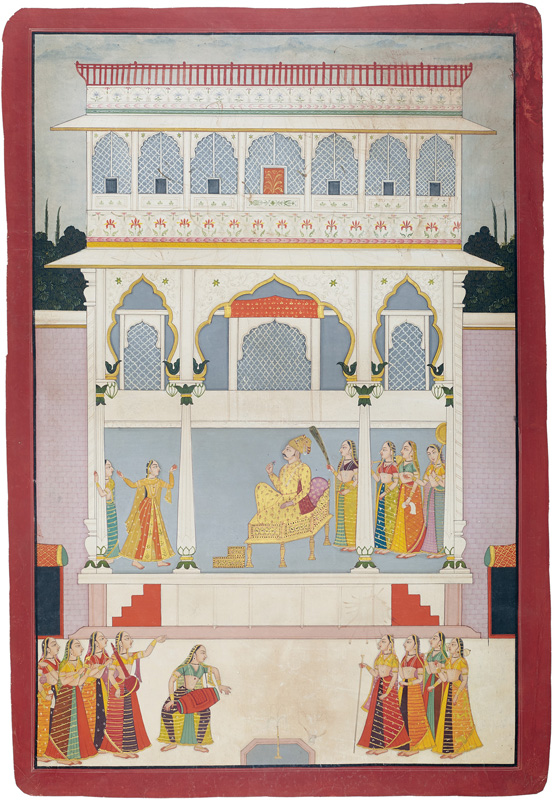 by Nagaur court artist
circa 1740 CE

Maharaja Bakhat Singh became the ruler of Nagaur and later of Marwar also. He was granted the kingdom of Nagaur by his brother Maharaja Abhay Singh as an award for murdering their father Maharaja Ajit Singh.

At Nagaur royal atelier, he commissioned a number of paintings which showed him enjoying performances and indulged in festivities. He must have called a few painters from Jodhpur as the style refers back to preceding Jodhpur qalam.

This work is impressive for its scale but was possibly left incomplete as the pattern on the grey wall and white balustrade behind the ruler is missing. It is interesting to note that in most of his portraits, including this work, he is shown without a nimbus around his face, which was one of the essential features of Rajputana portraits for depicting rulers.