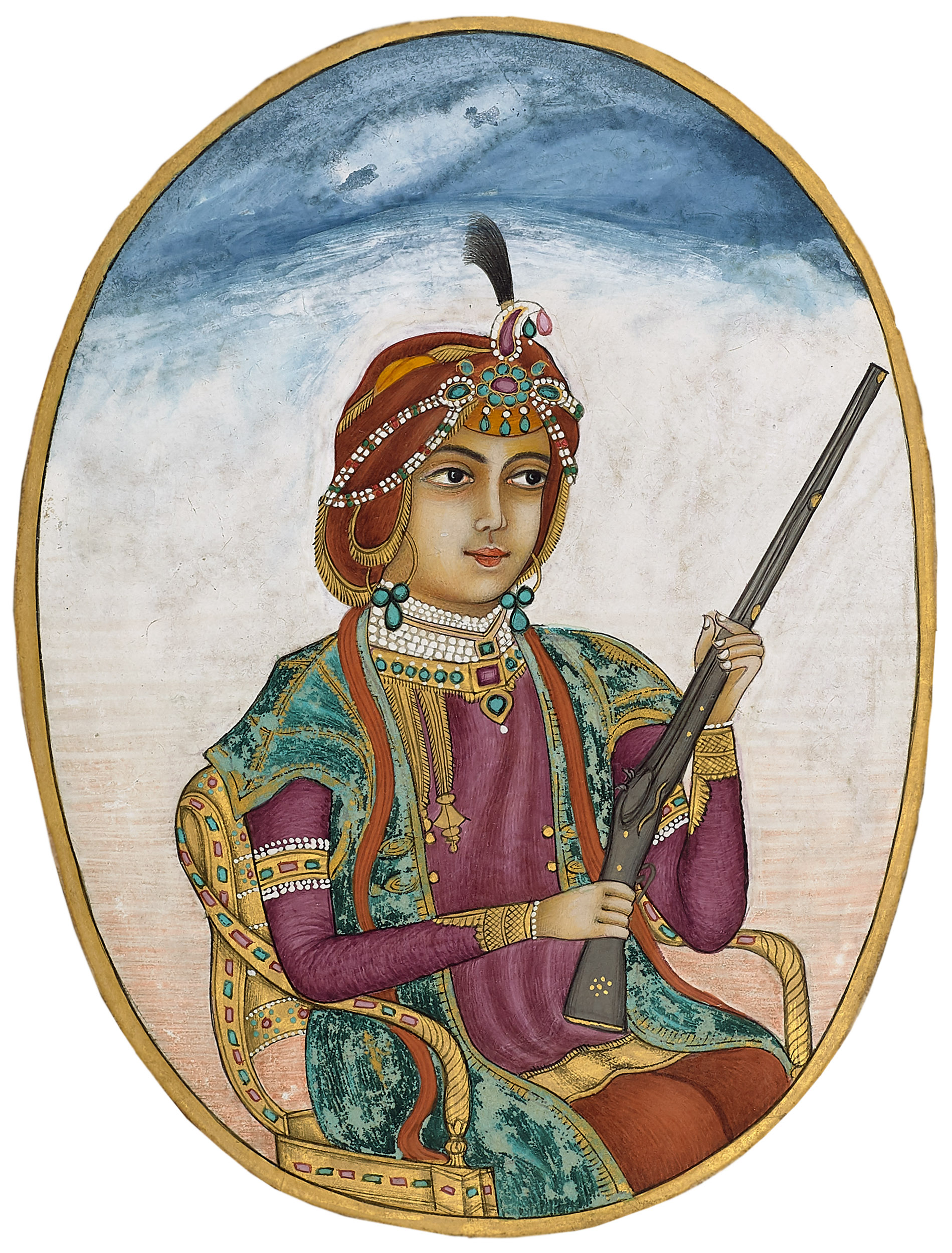 The young boy that’s shown here, rifle in hand, is easily recognized as the last Maharaja of the Sikh Empire, Duleep Singh. After the assassination of his older brother, Maharaja Sher Singh, he was crowned in 1843, at the age of five, with his mother Rani Jindan acting as regent. After the East India Companies defeat of the Khalsa army in 1849, the young Maharaja was forced to sign over the land that had previously made up the Sikh kingdom.

After several years in British custody, he was sent to England in 1854 where he was given a pension and a home. In 1861, after years of being kept from his mother, he was finally permitted to visit her. In her advanced age the British no longer saw her as a threat to their interests. She returned to England with Duleep to live out the reaming years of her life.

Duleep died in Paris in 1893 having visited India only twice since his forced departure, once to bring his mother to England and again to return her body to India.

Here we see the prince at about age seven in a picture that is inspired by a portrait of Duleep by Imam Bakhsh in the Musee Guimet1. Imam Bakhsh’s delicate touch has been lost in translation. Duleep’s soft innocent eyes have become skeptical and the soft fluffy clouds have become a hastily applied suggestion. The work is typical of Kapur Singh, the son of the artist Kishan Singh, and nephew of the artist Bishan Singh. A prolific artist, who experimented in mural painting, oil painting, and works on paper, Kapur Singh was never able to produce work that was as innovative as those produced by his father and uncle. He has however left behind an extraordinary quantity of work attesting to his popularity in his time.