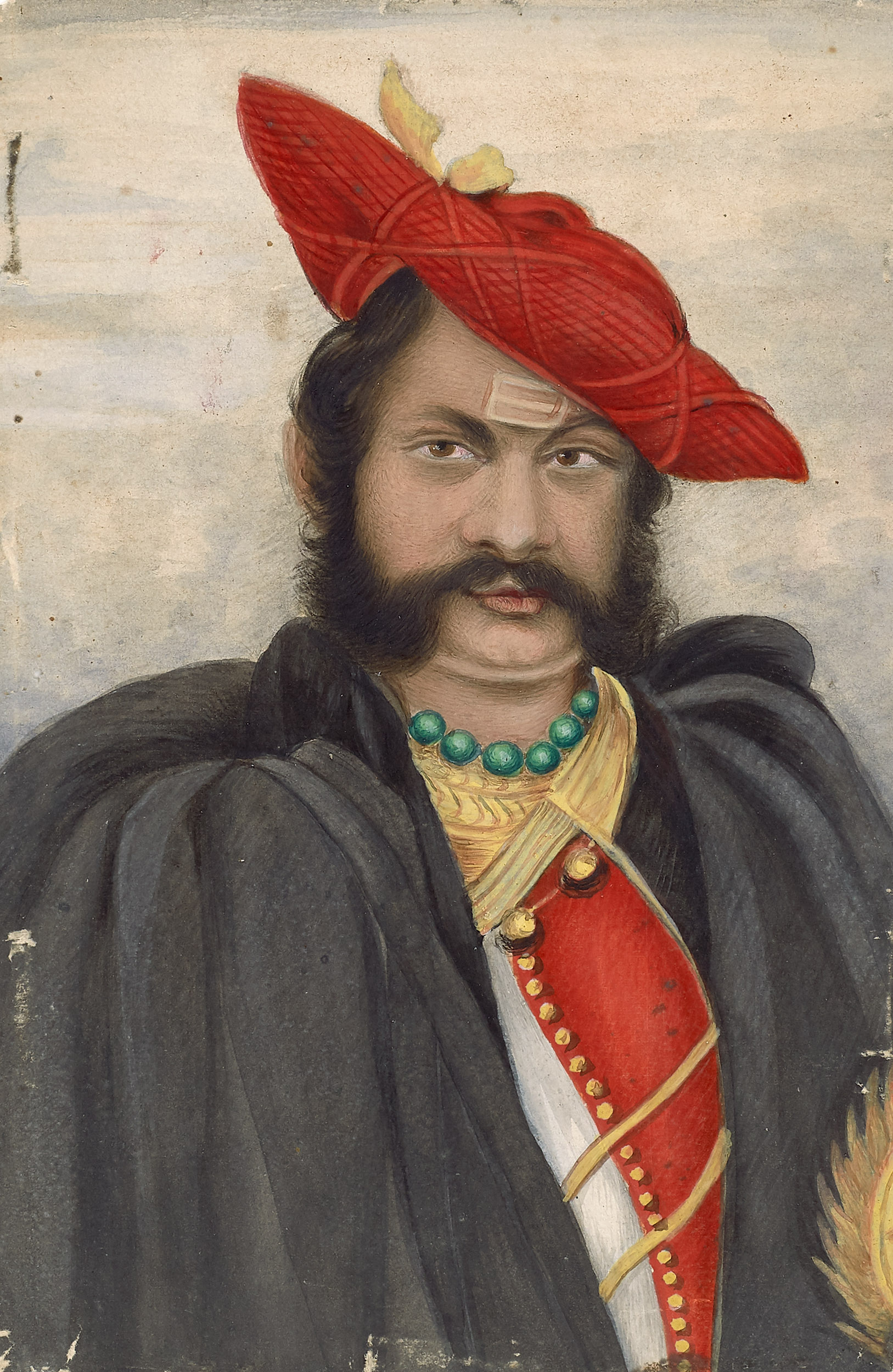 This portrait of Maharaja Jayajirao Scindia is very similar to an engraving that appeared in the Illustrated London News in 1875 accompanying a story on the Prince of Wales’s visit to India in that year. The following was written of Scindia there:

It has been observed on a former occasion when speaking of the Maharajah Holkar of Indore, that these Maharatta potentates of Western India are now valuable allies of the British Government. Scindia was overthrown in the Sepoy War of 1858, by a rebellion headed by Tantia Topee and the Dowager Princess of Jhansi, at the instigation of the Nana Sahib. He was restored by the British force under Sir Hugh Rose, now Lord Strathnairn, who stormed the rock-fortress of Gwalior. The Mahrattas, till their defeat by Lord Lake and other British commanders, at the beginning of this century, possessed the greater part of the Deccan, and Poonah was the capital of their dominion.

Unlike his ancestors, Scindia was on good terms with the British and in 1861 he was created a Knight Grand Commander of the Most Exalted Order of the Star of the Indian Empire. He is seen here wearing the Insignia of the Star of India on his black toga.