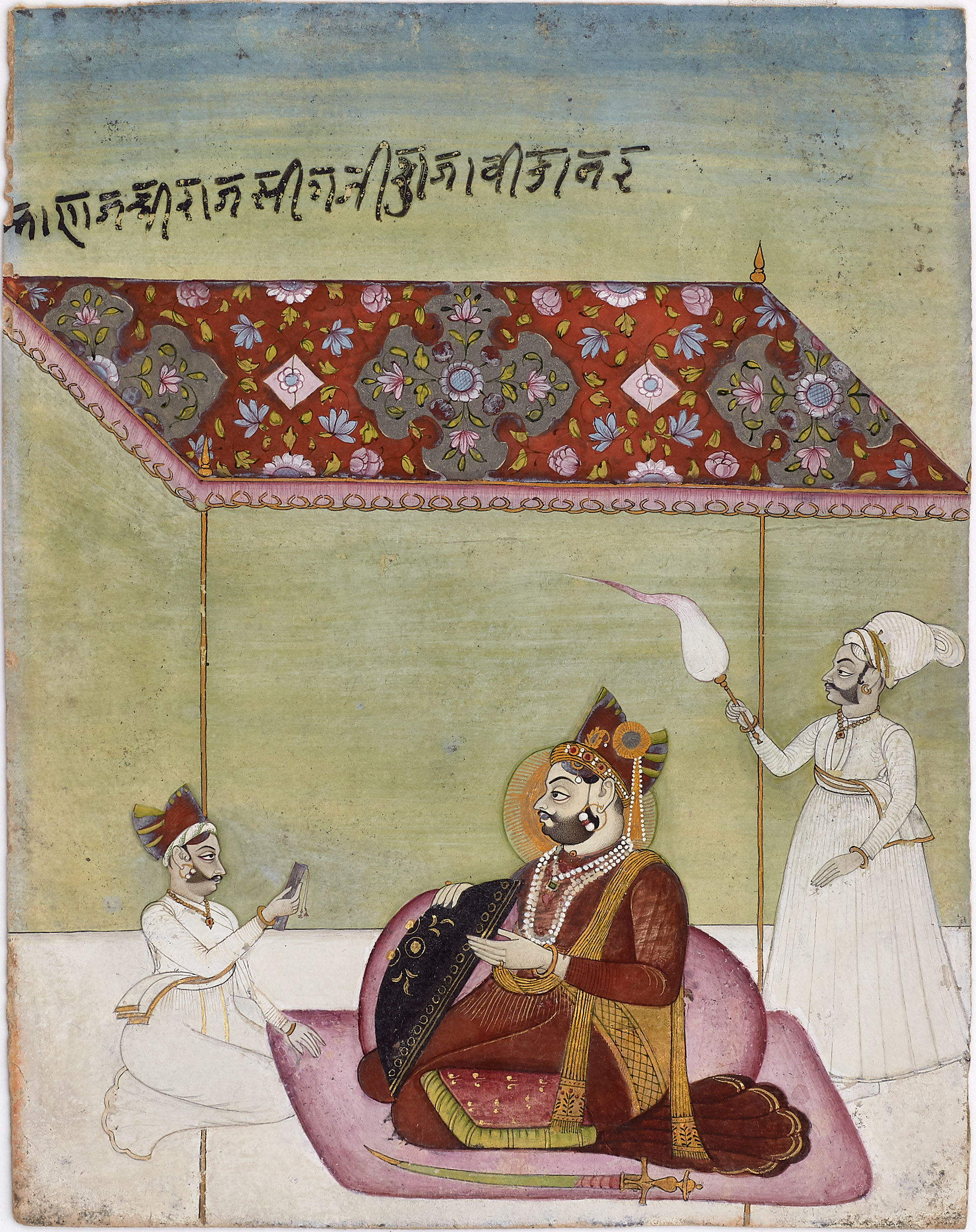 Raj Singh rebelled against his father Maharaja Gaj Singh in 1775 and then fled to the temple sanctuary in Deshnoke where he would reside for six years. He later spent a few years at the Jodhpur court before returning to Bikaner where his younger brothers immediately imprisoned him. In 1787, while on his deathbed, Gaj Singh named Raj Singh II his heir. He ruled for only 21 days.

Two portraits of Raj Singh as a prince are known. The earlier of the two is a standing portrait in a private United States collection1. He is shown in profile wearing a tall turban of the sort that was worn by his contemporary Raja Ram Singh of Jodhpur, indicating that a Jodhpur artist may have painted this picture during his stint there. The second portrait, from the Heeramaneck collection at the LACMA2, depicts the prince slightly older and is composed in the large bust format, which was likely inspired by the great bust portraits of Maharaja Bakhat Singh of Nagaur. This work may also have been produced during his time in Jodhpur. Ram Singh’s reign was too short to have established or continued any sort of painting tradition so it is probable that this work is posthumous.