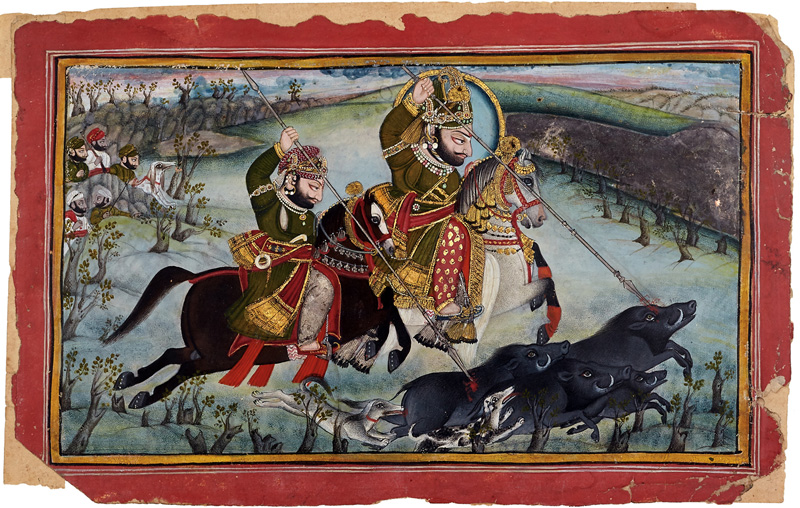 Chokha, a master painter at both Devgarh and Mewar workshops, painted his patrons Maharana Bhim Singhji of Mewar and Rawat Gokul Das of Devgarh with a matching silhouette. Both the patrons bear a bulky statute, large almond shaped eyes, full bearded face and upward turned moustache.

Relations between Maharana Bhim Singh, the 67th custodian of the house of Mewar, and Rawat Gokul Das, the 9th Rawat of Devgarh, gradually became cordial. Bhim Singh (with a nimbate face) is followed by Gokul Das and both are simultaneously attacking with javelins in a game of pig sticking.

Gokul Das had a comparatively peaceful and prosperous reign, away from the constant fear of Maratha attacks which was encountered by other Rajputana kingdoms including Mewar.

Both the rulers are shown prominently with their figures enlarged in scale in proportion to the surrounding. They are accompanied by a number of hounds and courtiers following them in background.