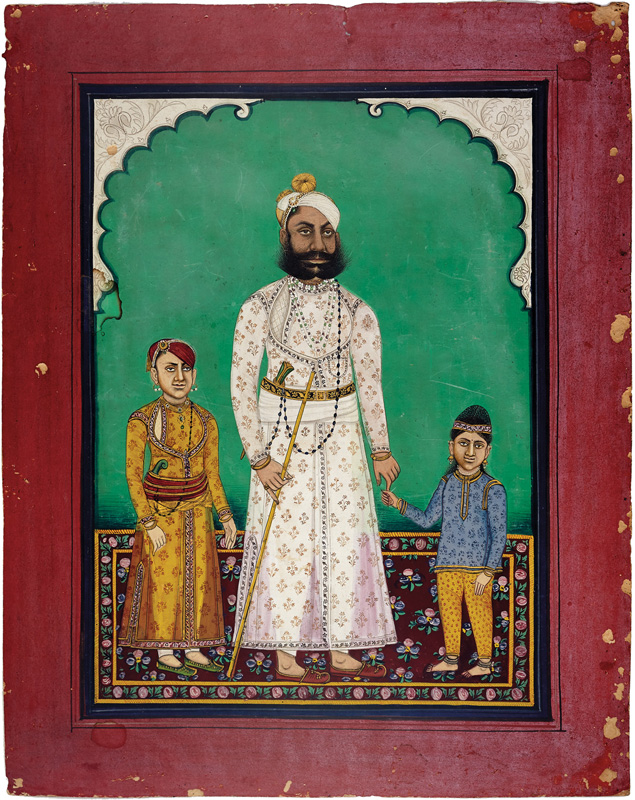 by Mewar court artist
circa 1885 CE

Done in a later Shivalal and Pannalal style, this portrait of Maharana Fateh Singh posing with his children is unique for its subject more than its rendering and appears to be based on a photograph. It depicts a rare occasion when a Mewar princess was allowed to be part of a portrait.

Prince Bhupal Singh in the image appears to be of nine to ten years and bears resemblance with his sister possibly Ankaran Bai. Young and docile princess is shown holding her father’s hand and the young prince, wearing a semi-transparent jama, has a stern face. Fateh Singh’s disposition is austere and firm, reflecting his character and his white outfit adds to his magnificent personality.