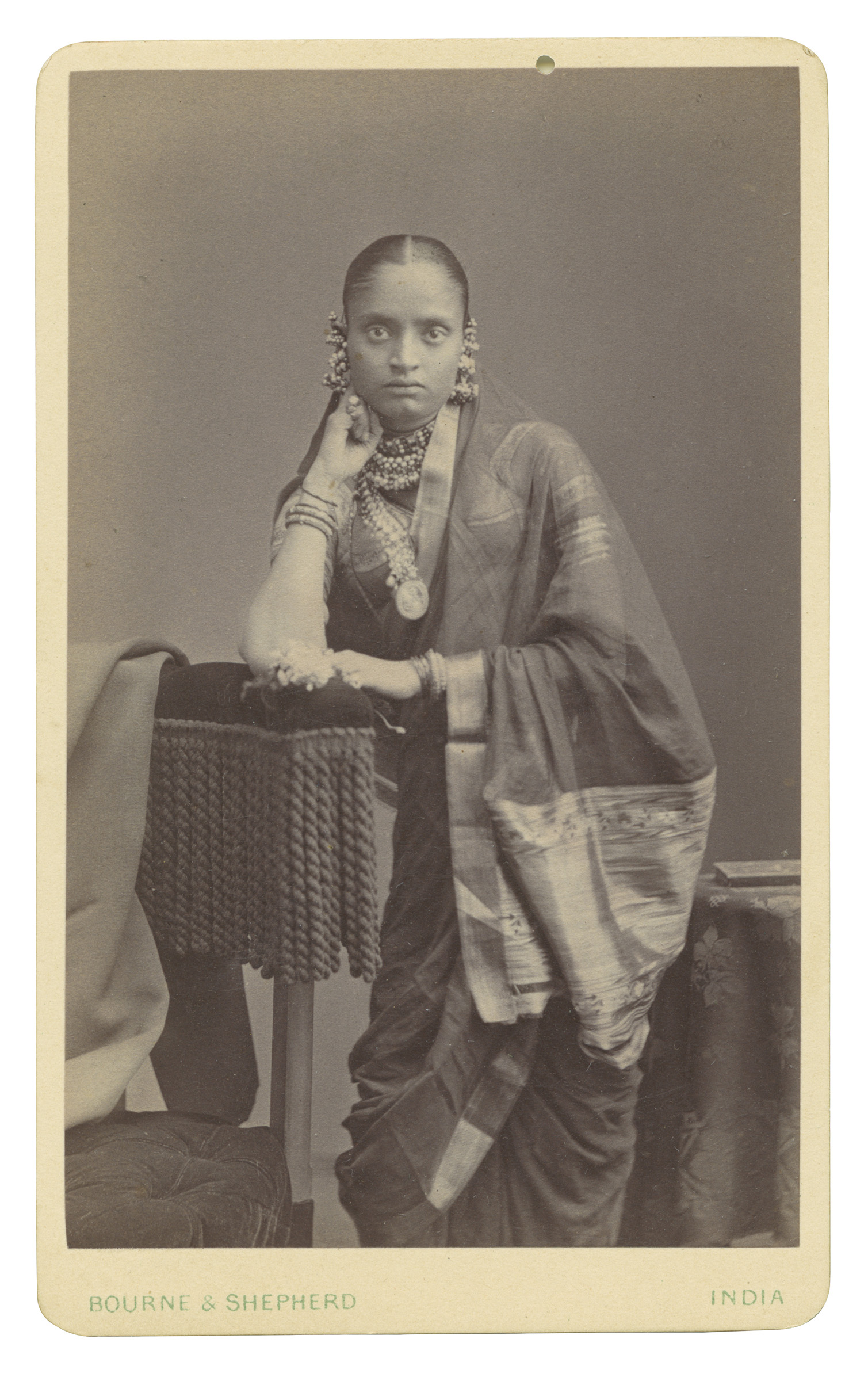 Born as Tanhibai Mane in Rahamatpur, near Satara to a noble man named Shrimant Madhavrao Babujirao, at the age of 13, she was married to the Maharaja of Baroda, Khanderao Gaekwad and given the name Jamnabai. The Maharaja suddenly died in 1870 and Jamnabai was pregnant with a girl child. This left no legitimate male heir to continue on the throne. Thus, on the decision of the British Govt, she adopted Gopalrao in 1875, who later came to be known as Sayajirao Gaekwad III of Baroda.

She adored horses and used to ride around the capital. She took the responsibility as Maharani Regent (1875-1881) and travelled to the Delhi Durbar of 1877. She was a political figure with an ideology of her own, yet she was not allowed to participate in the matters of the Baroda state. She was given a good allowance and was allowed to hold her own court. She lived in this manner till the grief from death of her only child in 1897 killed her.

In this image, we can see the Maharani standing while facing the viewer and leaning towards the right with her right elbow resting on the arm of a fringed chair. She is draped in a bordered sari and numerous necklaces, bracelets and dangling earrings.