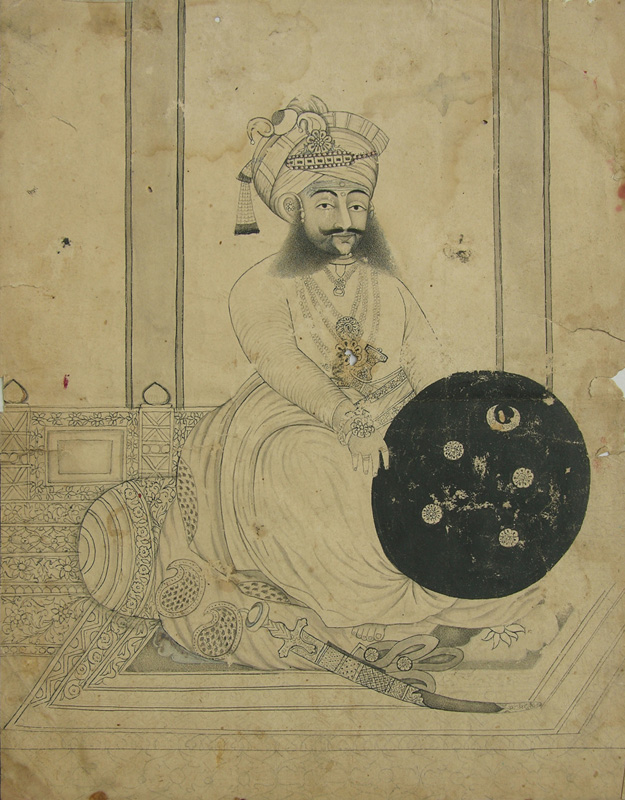 Maharao Shri Daihsalji II was the only son of Maharao Shri Bharmulji II Sahib, Rao of Kutch. He was appointed as the heir to his father in 1817. In 1819 he succeeded his father after his demise. During the early years of his reign Kutch suffered a severe earthquake in June 1819, resulting in much destruction of property and great loss of life. A severe famine followed in 1823, 1825 and in 1832. Maharao Shri Daishalji II stopped the practice of infanticide of the female child. He had close ties with the British and convinced them to stop taking slaves to Africa and Arabic countries from Kutch.

During the reign of Maharao Shri Daishalji II many European artists had come to Kutch to document its beauty. The local artists were highly influenced by these foreign artists and started using their style and techniques in their own works. In this drawing you can see the influence of Dutch painters that were residing in Kutch.