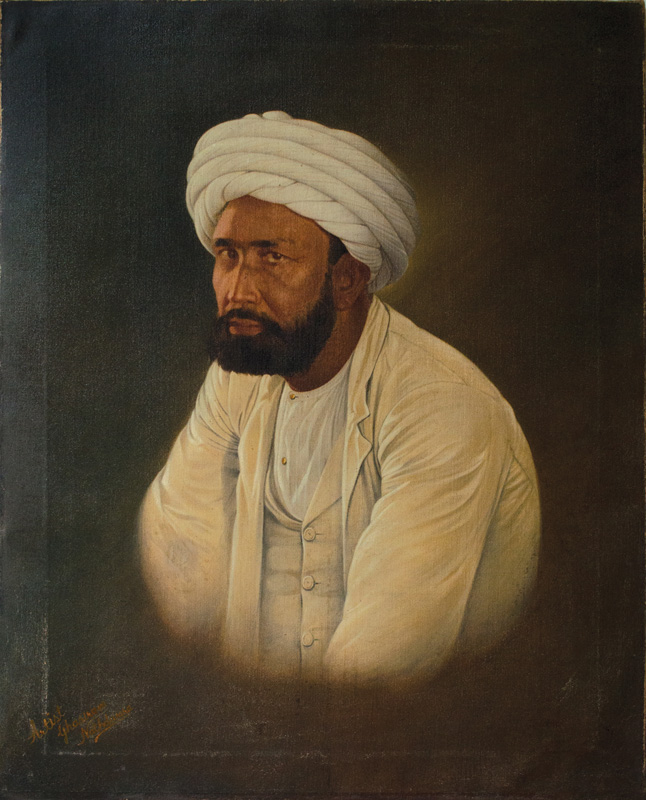 The advent of photography had slowly started setting the standard for naturalism in portraiture. Many painters used photography as an acceptable part of the image-making process. The portraits of gods had also been made famous and popularized by Ravi Varma. Ghasiram Hardev Sharma worked under Tilkayat Govardhanlalji as the chief painter as well as the head of photography for the Shrinathji temple in Nathdwara – Rajasthan. His work is
characterized by a photographic treatment of figures of Lord Shrinathji, in particular of the face of the deity. He was also the mentor of Narottam Narayan, who worked as an apprentice under him for the temple. However, unlike Narottam, Ghasiram’s paintings are very strongly marked by a more ‘traditionalist’ Nathdwara identity.

This portrait is of the ruler of Bajana state, which was a prominent princely state. It was located in northern Kathiawad on the southern coast of the little Rann of Kutch. The state had power over 29 villages and the administration was in the hands of the native darbar, under the indirect control of the British Government of India.