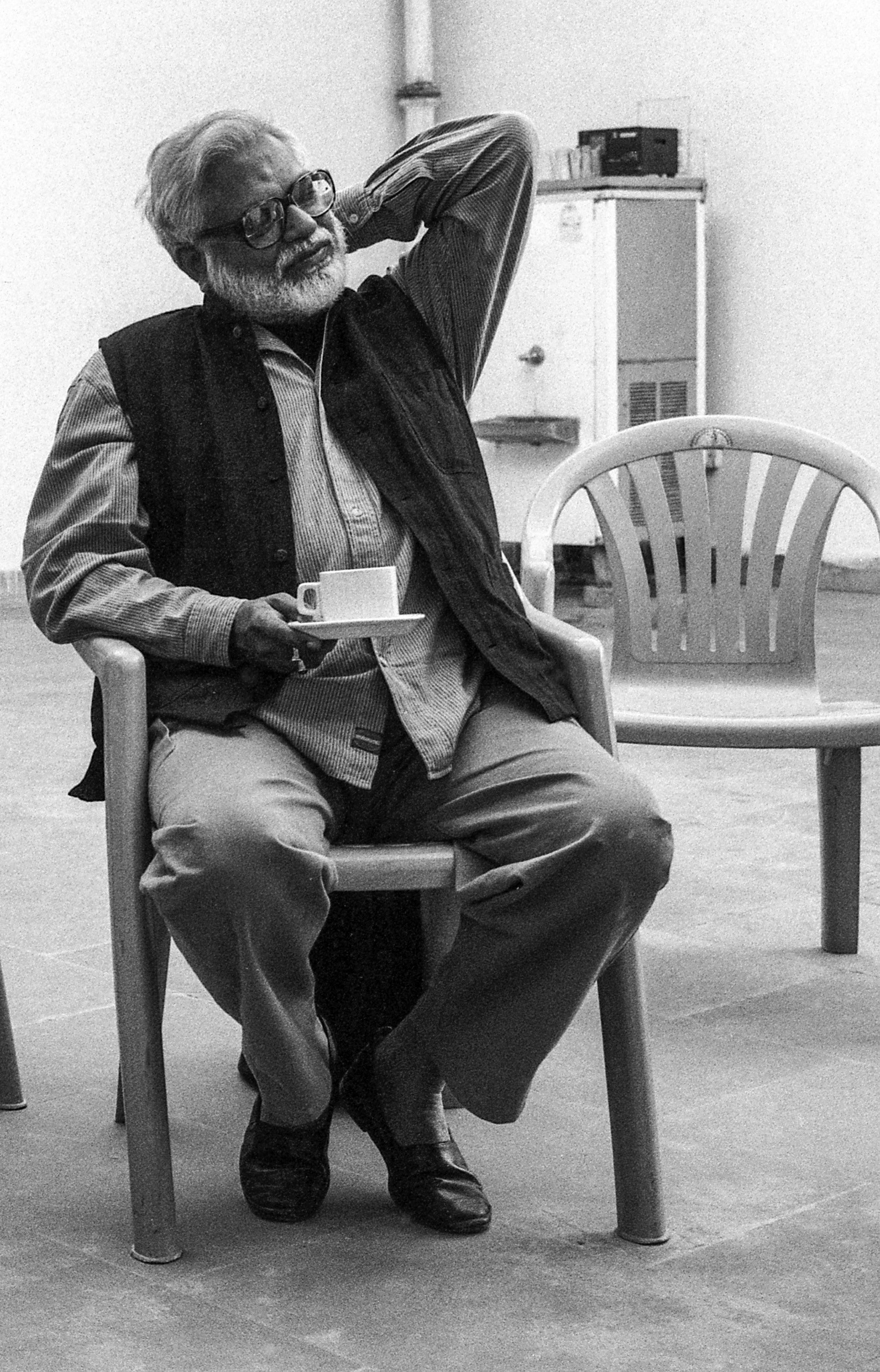 Manu Parekh was born in Ahmedabad in 1939 in Gujarat. He graduated with a Diploma in Drawing and Painting from J. J. School of Art, Mumbai in 1962. He then started his career as a stage actor in Mumbai and designed stage-sets in Ahmedabad. From the world of theatre, he entered a different field when he joined the Weavers’ Service Centre, Mumbai in 1963 as Art Designer. After two years he moved to Calcutta and lived and worked there till 1974, when he was appointed a Design Consultant by the Handicraft and Handloom Export Corporation of India, New Delhi.

He lives with his artist wife Madhvi Parekh and works in New Delhi.