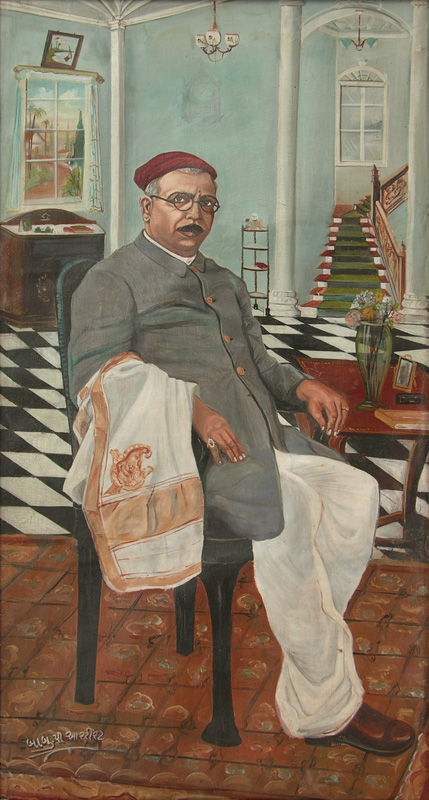 Popularly known as Mohan Lala, he was born in Amreli, Gujarat in 1885. At the age of 7 he did his first performance on stage for the drama ‘Kanaktara’, showing potential talent of an actor. He was trained under Shri Prabhulal Trivedi – a poet and Shri Daya Shankar Vasanji – a drama director. He has performed many remarkable performances during his life, but his performance as a female character in ‘Khun-e-Jigar’ was momentous. Later, he started his own drama company and performed assorted dramas in different parts of India.

Baburao Krishnarao Mistry, popularly known as Baburao Painter, was born in 1890 in Kolhapur. He was a self-made artist and sculptor in the academic art school style. Between 1910 to 1916, Baburao and his cousin Anandrao were the leading painters of stage backdrops in Western India doing several famous curtains for Sangeet Natak troupes and also for Gujarati Parsi theaters. He was multi-faceted and showed an aptitude for painting, sculpture, film-production, photography and mechanical engineering. He evolved his own style of portraiture by observing European paintings in the museums and preferred the romantic approach of the Pre-Raphaelite painters of the 19th century. In this portrait you can see how his style also reflects his background of a stage backdrop painter.