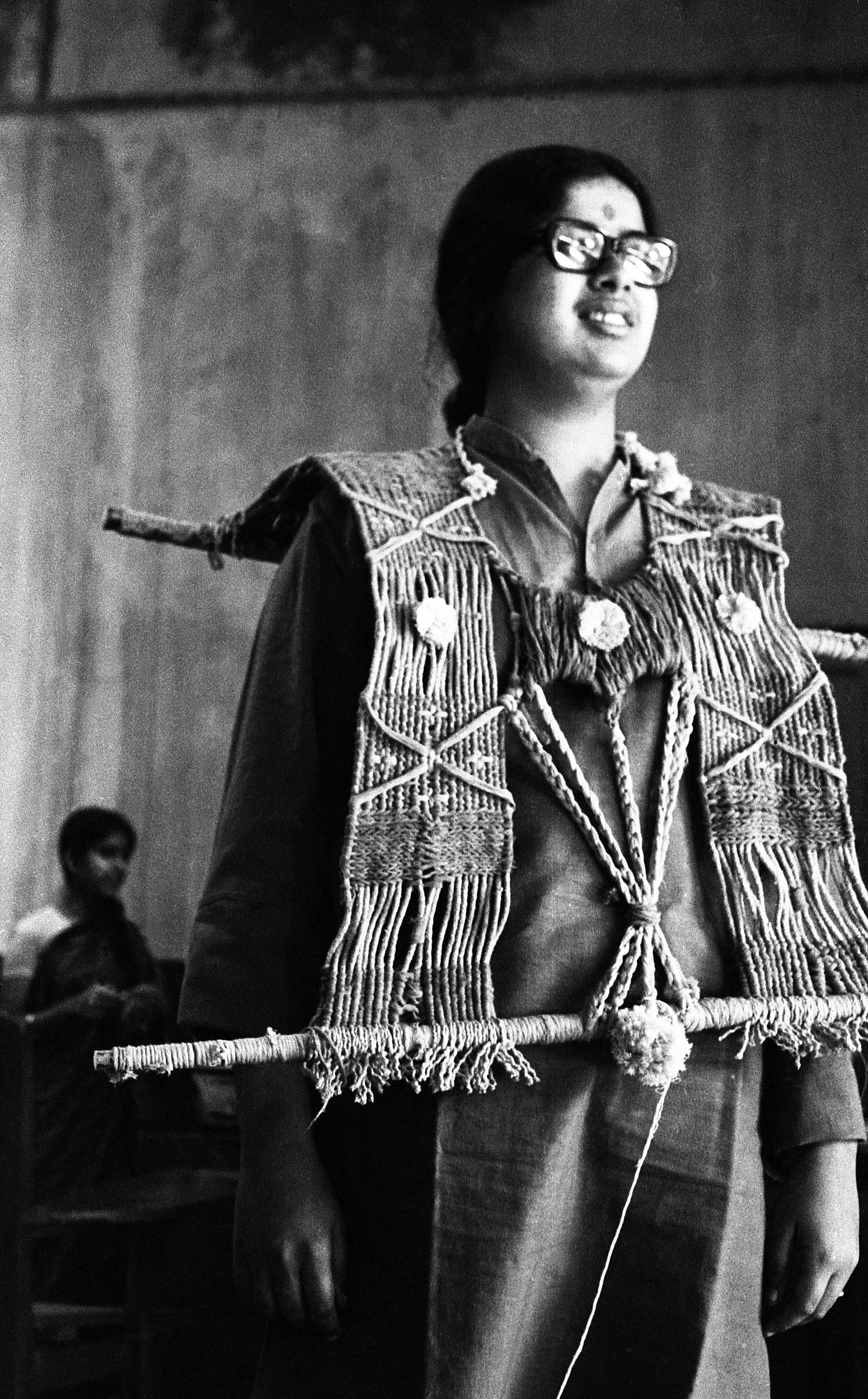 Mrinalini Mukherjee was born in 1949, in Mumbai, to artists Benode Behari Mukherjee and Leela Mukherjee. She was the only child and was brought up in the North-Indian hill town of Dehradun, where she attended school, and spent her summer vacations in Santiniketan.

She studied painting at M S University, Baroda between 1965 -1970 and then did her post-Diploma in mural design under Prof. K G Subramanyan from 1970 to 1972. Her studies included working on Italian Fresco and other conventional techniques. She worked with natural fibers as a medium for murals. She used hand-dyed knotted sisal and hemp to weave organic sculptures and named her sculptures after deities of fertility, making them to be seen as sensual and suggestive.

While most of Mukherjee’s early work was characterized by the use of natural hemp fiber, she also ventured into working extensively with ceramic and bronze later in her career. She worked intuitively and never worked based on sketches, models or preparatory drawings. Her work established that textiles and fibres, which were traditionally associated with crafts, could be just as important as the materials conventionally associated with fine art.

In 1971, she received a British Council Scholarship for sculpture and worked at West Surrey College of Art and Design in Farnham, UK. She was invited by the Museum of Modern Art at Oxford to mount an exhibition of her sculptures and the show travelled within UK.

Mukherjee passed away in 2015 after a brief illness.