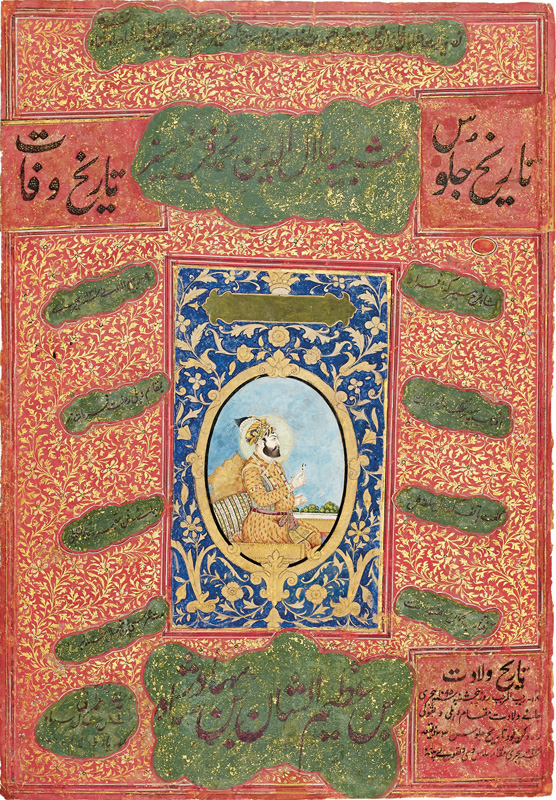 Farrukhsiyar was the 9th Mughal emperor who ruled between 1713 and 1719. Known as a handsome ruler, he was easily swayed by his advisers. He lacked the ability, knowledge and character to rule independently. Sayyid Barha brothers – Abdullah Khan and Husain Ali, were two noblemen whose families had been associated with the Mughal court for around three generations. They supported Farrukhsiyar to get the throne but themselves became the effective power behind the facade of the Mughal rule. During his reign in 1717, the British East India Company purchased duty-free trading rights in Bengal for mere 3000 rupees a year.

Farrukhsiyar met a humiliating and bloody end. His habit of constant plotting eventually led the Sayyid brothers to officially depose him as the Emperor. He was imprisoned, starved and later blinded with needles. Eventually he was strangled to death.

In this portrait, the Emperor is set within an oval frame surrounded by wide margins filled with gold leaf and flower patterns on a blue background. In this strict profile view you can see the Emperor kneeling on the throne against a stripped bolster. He is holding a studded turban jewel in his right hand and the other hand is resting on a dagger.