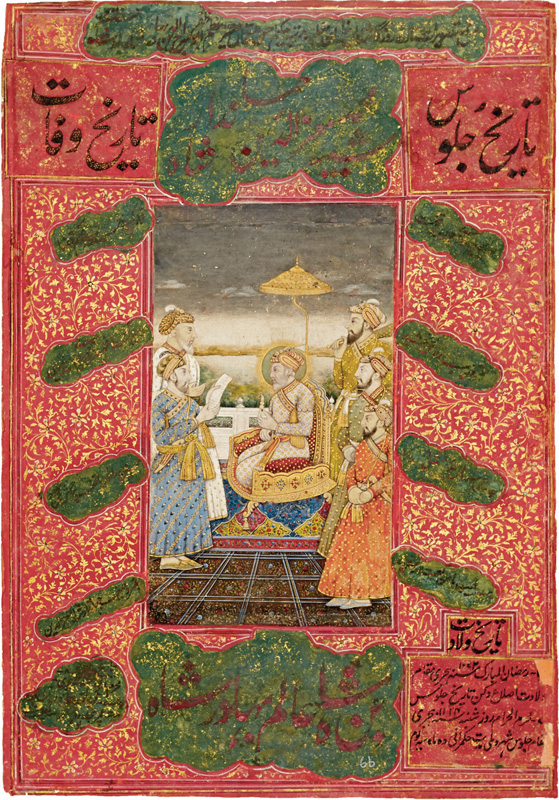 Jahandar Shah was the eighth Mughal emperor who ruled for a brief period from 1712-13. On the death of his father Bahadur Shah I, he and his brother both declared themselves emperors and conducted a struggle for succession. His brother was killed on 17 March, 1712 while he was able to rule further for eleven months.

Jahandar Shah lead a very frivolous lifestyle and his court was enlivened by dancing and entertainment. His favorite dancing girl Lal Kunwar was elevated to the position of Queen consort on 10 January 1713. He was defeated by his nephew Farrukhsiyar with support of the Sayyid brothers. He was captured and confined along with Lal Kunwar and murdered by professional stranglers on 11 Feb. 1713.

In this portrait, the Emperor is seated on a chair, with a parasol, on a terrace where he is engaged in conversation with the standing petitioners. Two men are standing in front of the emperor, of which one is reading. The other two companions wait patiently. A chowrie bearer is standing behind the emperor.