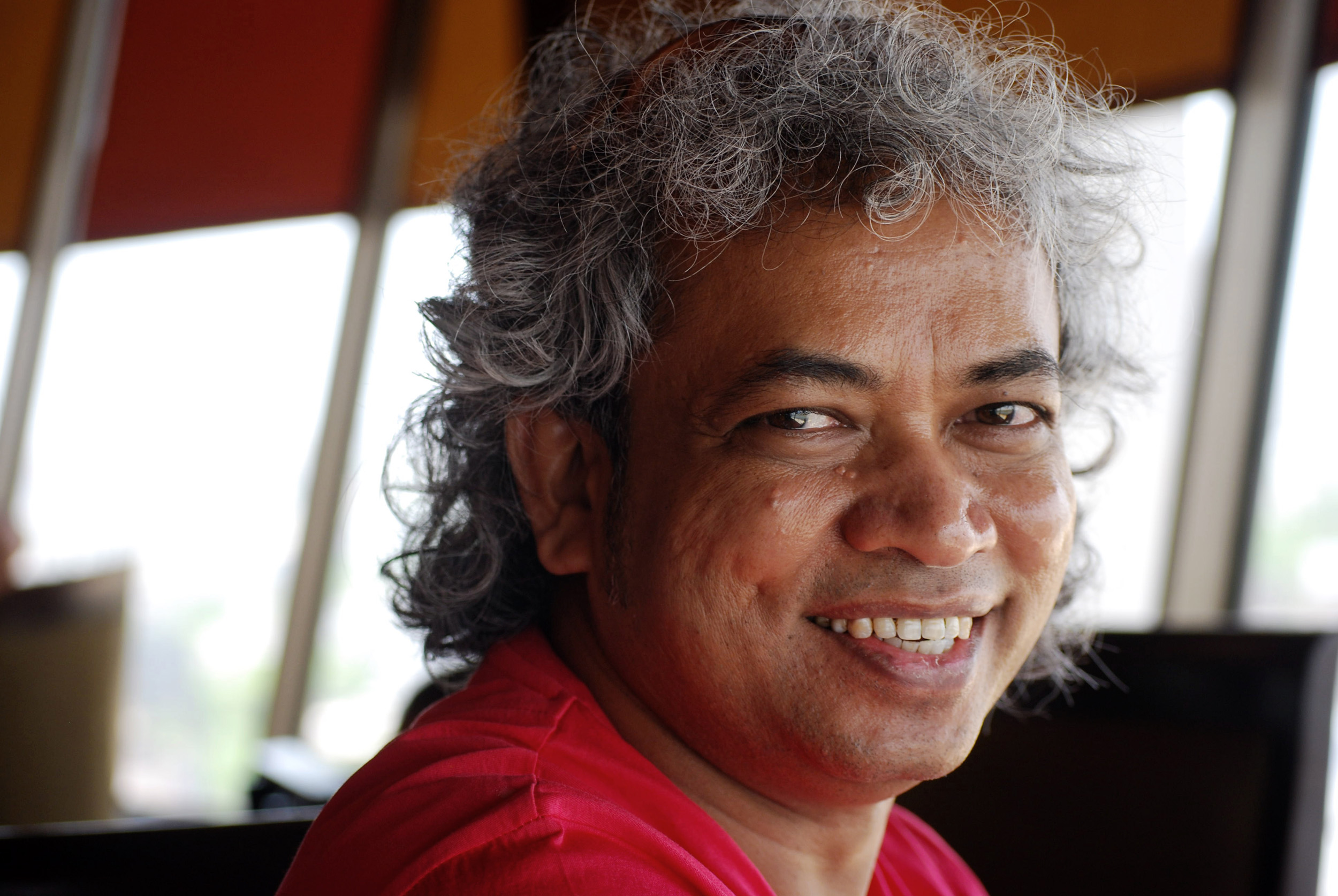 Nabibakhsh Mansoori was born in 1966 in Idar, in Sabarkantha, Gujarat. He completed his Diploma in Fine Arts from Ahmedabad and his Post Diploma from the Faculty of Fine Arts, Baroda. He also received the distinguished Bendre-Husain Scholarship from the Bombay Art Society.

Mansoori’s paintings are exuberant, and at times surreal. He looks at the world through the kaleidoscope of colour, skewed and layered imagery. He loves to throw the viewer off balance and make them take a second look at the work, drawing them into his world. He has held solo shows in Ahmedabad, Mumbai, Idar, Surat, New Delhi, Hyderabad and London. His work has also featured in Sotheby’s auction held at New York and at London. He lives and works in Gandhinagar.