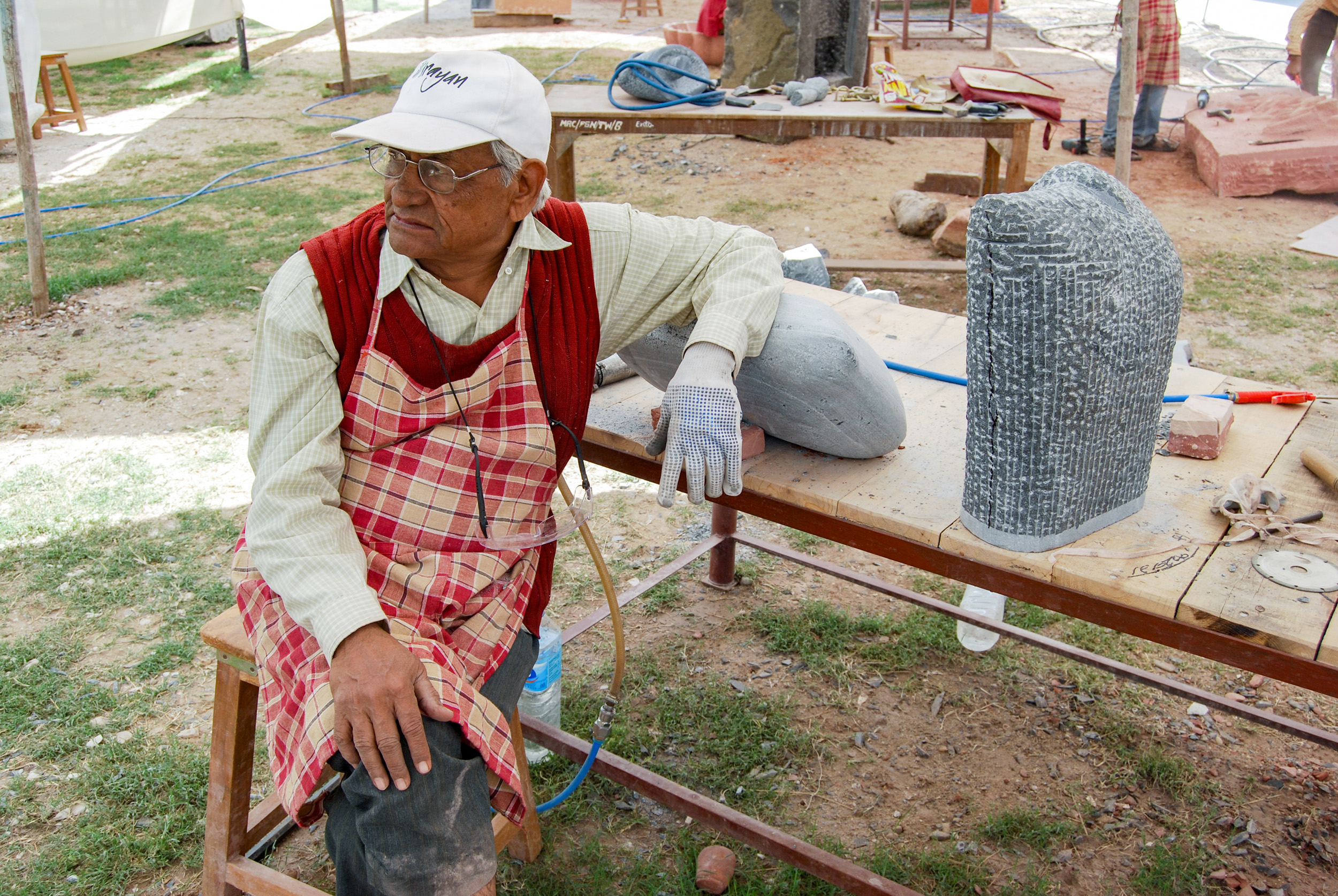 Nagji Patel was born in 1937 in Juni Jithardi, Gujarat and did his diploma in Sculpture from M S University, Baroda. He got used to playing with clay since his childhood days and this also shaped the way he approached art. He was influenced to a very large extent by the rural setting that he grew up in. He had vivid memories of the various deity statues in stone he saw as a child as well as animals around him.

He had also gone around quarries in India to study various types of stones which he later incorporated in his works as part-polished and part-rough stone surfaces. He was very inspired by the Japanese way of working, using tools but with sensitivity, during his visit to Japan.

He participated in a number of exhibitions including the National Exhibition, New Delhi, XII Biennial, Belgium, Contemporary Asian Art Festival, Japan, International Festival of Art, Baghdad and the Festival of India in Tokyo, Japan. In 1978, Patel was appointed as the Commissioner of the IVth Triennale, New Delhi. He was also a member of the Judging Committee of the National Exhibition in 1993. Patel’s work is part of reputed collections such as those of the Lalit Kala Akademi in New Delhi, Bangalore and Ahmedabad. Patel was the recipient of several prestigious awards including the National Award in 1961 and 1976. He passed away in December 2017 at his residence in Vadodara.