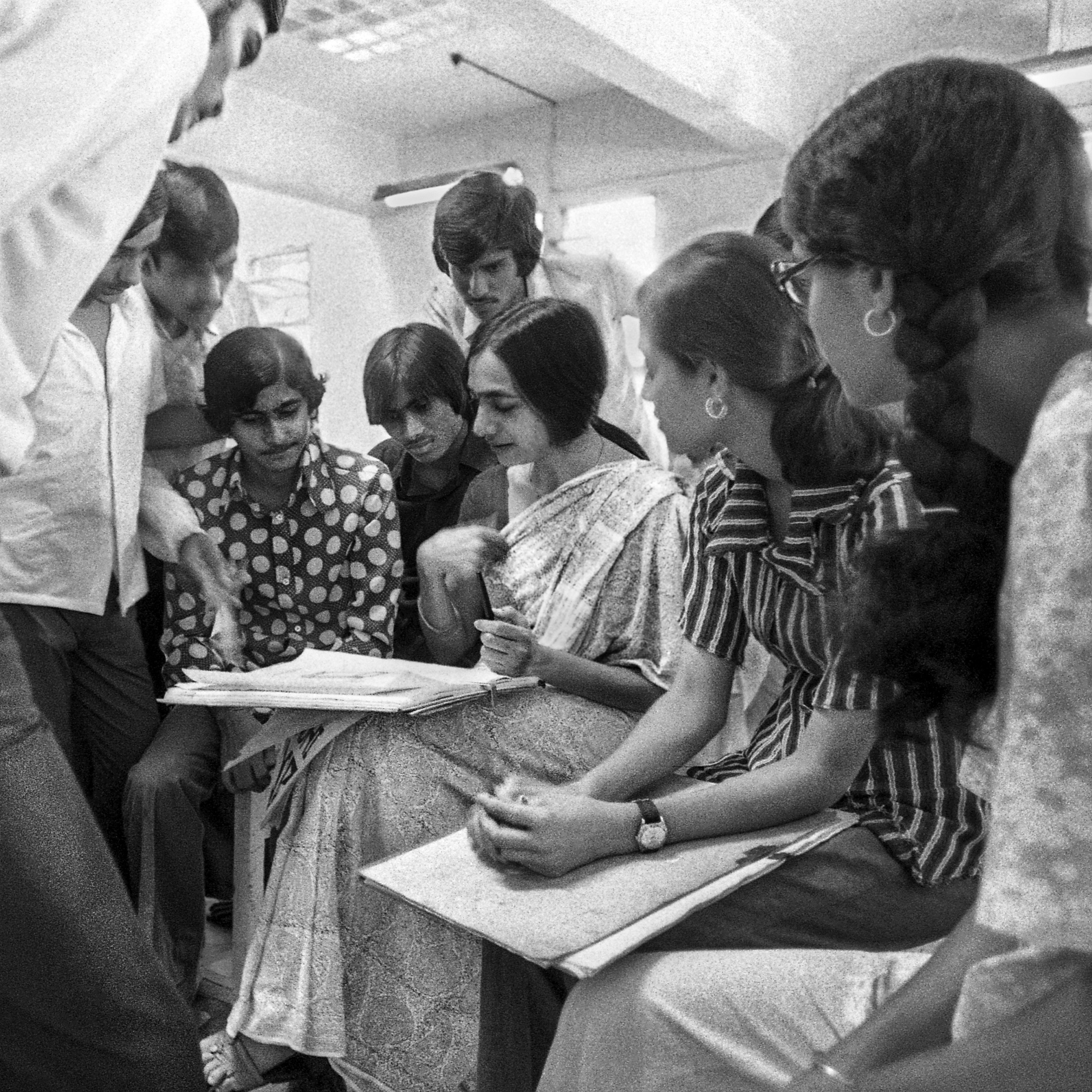 Nasreen Mohamedi was born in Karachi in 1937, before the state of Pakistan was carved out of British colonial India. From a young age, her life was cosmopolitan as she was born in an elite Tyabji Family. Her father also owned a photographic equipment shop in Bahrain and they moved to Mumbai in 1944. In the 1950s, she attended St. Martins School of Art, London, before returning to India, where she joined the Bhulabhai Memorial Institute, Mumbai. There, she worked with artists like M F Husain, Tyeb Mehta and V S Gaitonde, who became her longtime artistic mentors.

In 1961, she returned to Paris, where she studied for several years on a French government scholarship. She also travelled as it provided an essential source of inspiration for Mohamedi, who photographed and kept diaries throughout her life. She was awarded the National Award in Drawing by the Lalit Kala Akademi, New Delhi, in 1972. That same year she began serving on the arts faculty at M S University, Baroda, where she taught until 1988. She died young as the result of a rare form of Parkinson’s disease at the age of 53. She died in 1990 at her sisters residence in Kihim in Maharashtra.