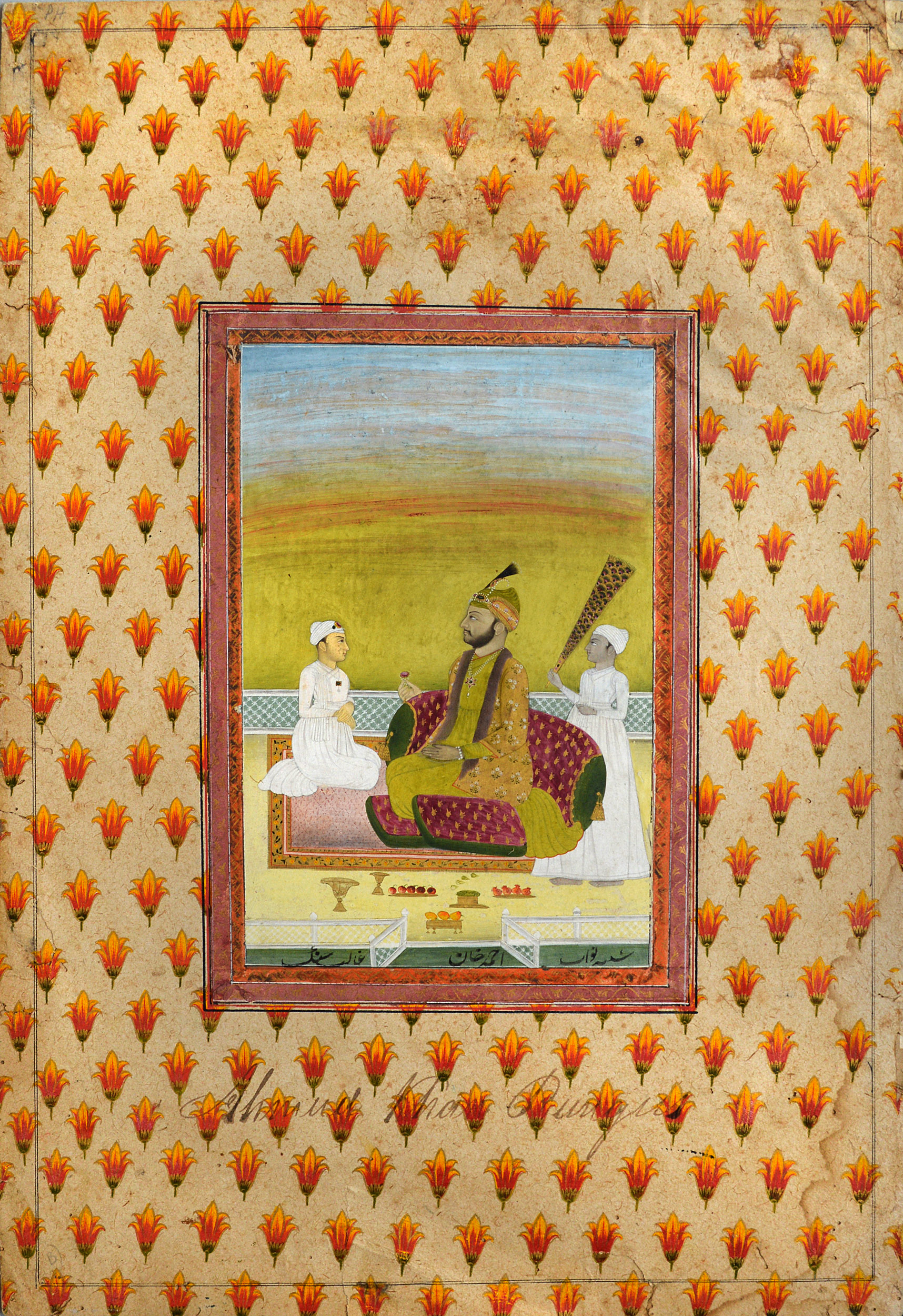 Ahmad Khan was the son of Muhammad Khan, a Bangash Afghan who rose to prominence as a fearless mercenary. He would later found Kaimganj, named after his son, Kaim Kahn, and Muhammadabad, which he named after himself. In order to appease the Mughal emperor Farruksiyar, who felt slighted, Muhammad Khan founded Farrukhabad.

Due to the scheming of Safdar Jang, Ahmad Khan’s brother, Kaim Kahn, was killed in a battle against the governor of Rohilkhand, Hafiz Rahmat Khan, in 1749 and Farrukhabad was formally annexed to Oudh. After the subsequent plundering of Farrukhabad by Safdar Jang, Ahmad Khan returned to recover his ancestral territory. With the help of Rohilla Afghans, Ahmad Khan defeated Nawal Rai, the deputy of Safdar Jang, in a battle to retake Farrukhabad in 1750 only to lose it again when Safdar Jang enlisted the help of Marathas. Ahmad fled to the north and was only able to return after promising half of his possessions to the Marathas in 1752. He would recover his full dominions after fighting alongside Ahmad Shah Durrani at the battle of Panipat in 1761.

Ahmad is shown here, enjoying pomegranates, apples, mangoes, and paan with his eldest son Diler Himmat Khan, who succeeded him in 1771 as Nawab Muzaffar Jang.

Two portraits of Ahmad Khan at a younger age are known. The earliest portrait, in which he has very little facial hair, is in the Binney Collection at the SDMA (1990.423). He is seen slightly older in a portrait of him enjoying the company of a lady in the British Library (Johnson Album 17, no. 6). A fine posthumous portrait of Ahmad Khan, painted at Murshidabad was also recently published1.