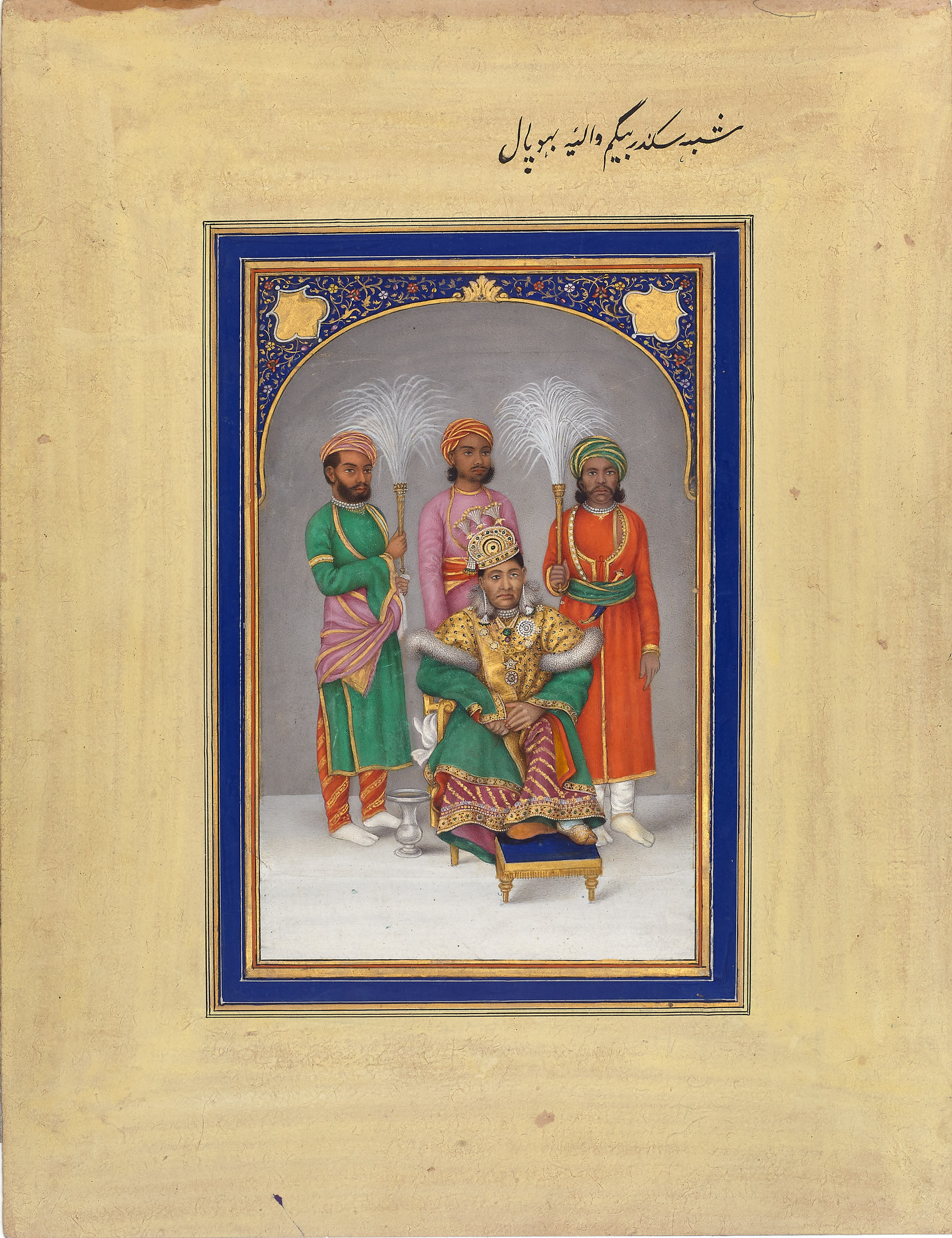 After a photograph by James Waterhouse, ‘Her Highness the Nawab Secunder Begum, K.S.I.’ (Bhopal, November 1862)

Inscription: (front) Portrait of Sikandar Begum of Bhopal; (back) She was born in Bhopal in 1816 AD. Her father was Afghani Pathan. She was married to her cousin brother Jehangir. She died in 1868 AD.

Upon the death of Sikandar Begum’s husband, Nawab Jahangir Mohammad Khan, in 1844, Shah Jahan Begum (cat. 42), their only surviving child, was recognized as ruler of Bhopal. Since her daughter was a child of only 6 at the time, Sikandar Begum acted as regent and wielded executive powers of the state. The British would recognize Sikandar as the Nawab of Bhopal in 1860. She supported the British during the Mutiny of 1857 and was awarded Knight Grand Commander in 1961 for her efforts.

Sikandar is remembered fondly as a woman of great vision. During her reign, a number of reforms were made in Bhopal including improvements in defense, administration, and revenue. She built railways, hospitals, schools, and an infrastructure for water and gas lighting. Sikandar was also the first Indian monarch to perform Hajj in 1863. She died 5 years later and was succeeded by her daughter Shah Jahan Begum.