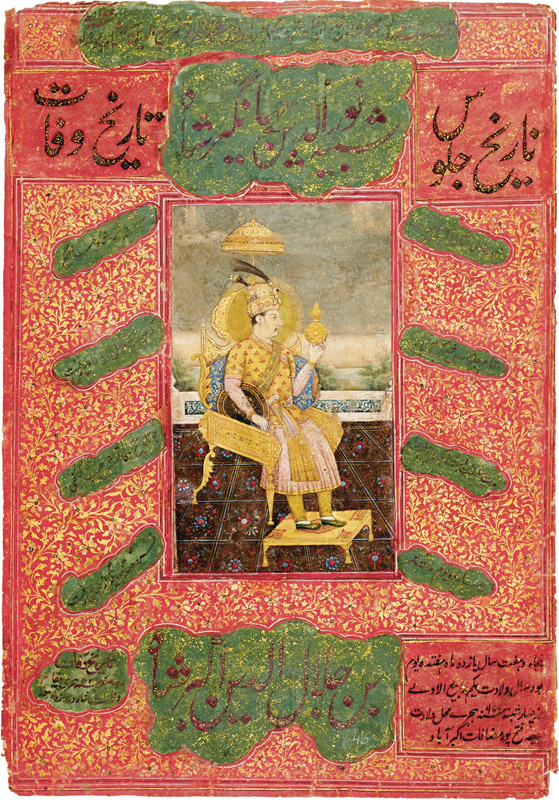 Nur-ud-din Muhammad Salim, known by his imperial name Jahangir, was the fourth Mughal emperor who ruled from 1605 until his death in 1627.

Jahangir built upon his father Akbar’s foundations of excellent administration, and his region was characterized by political stability, a strong economy and impressive cultural achievements. He was fascinated with art, science and architecture. His interest in portraiture led to a lot of development in the art form. The art of painting reached great height under his reign. His interest in painting also served his scientific interests in nature. He kept record of every specimen including animals and plants. The worlds first seamless celestial globe was built by Mughal scientists under his patronage.

In this portrait, Emperor Jahangir is seated on a golden European style throne decorated with rubies and emeralds, with a parasol above. The iconography strongly reflects his adopted titles. As the ‘King of the World’ he is seen holding a globe in his left hand, his right hand is resting on the throne supported by a round pillow.