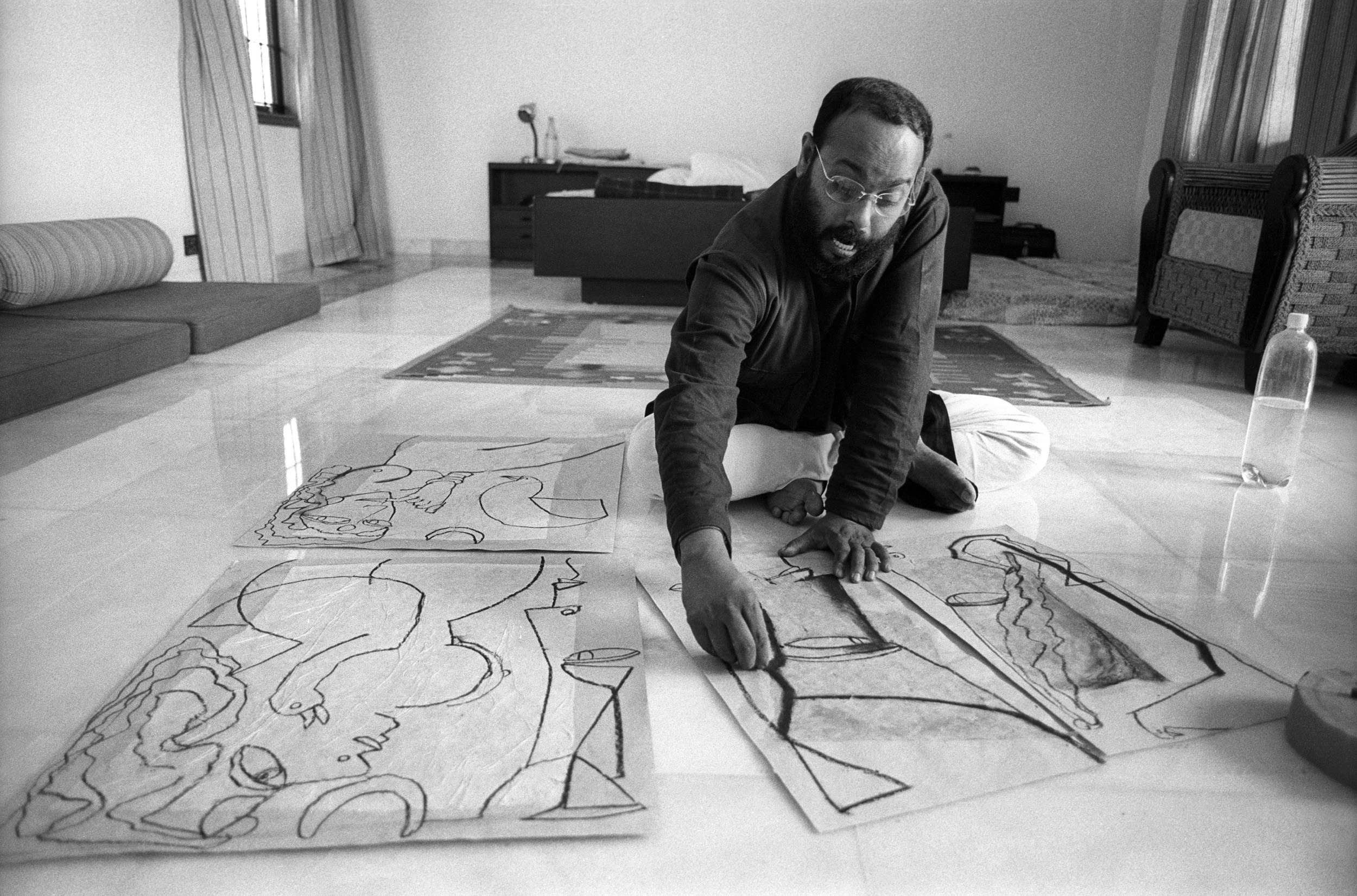 Paresh Maity was born in 1965 in Tamluk, West Bengal and studied Fine Arts from the Government College of Art & Craft, Kolkata and masters from the Delhi College of Arts.

While in school he made clay images of gods and goddesses and sold them to earn money for his education. In early years he did many watercolours of different locations like the sand dunes of Rajasthan, the backwaters of Kerala, the canals of Venice, the lake of Geneva, etc. However, he has now moved from atmospheric scenery to representations of the human form. His more recent paintings are bold and have a graphic quality, with a strong colour and unusual cropping.

Paresh has had over 70 solo exhibitions to his credit held all over the world including India, Hong Kong, Singapore, Germany, France, UK and USA. One of his paintings of 800 ft. is the longest in the world and on display at T-3 Terminal at Indira Gandhi Airport, New Delhi.

His works are in the collection at British Museum in London, Rubin Museum, New York, Commonwealth Institute, London, the National Gallery of Modern Art in New Delhi, the Birla Academy of Art and Culture in Kolkata, Tata Iron & Steel Co., ITC, Oberoi Group of Hotels, Leela Hotels, Park Sheraton, RPG, Birla Group, Vatican Embassy, Noon Group, London and many other institutions and private collections all over the world. In 2014, Government of India conferred upon him the Padma Shri.

He is married to artist Jayasri Burman, and lives and works in New Delhi.