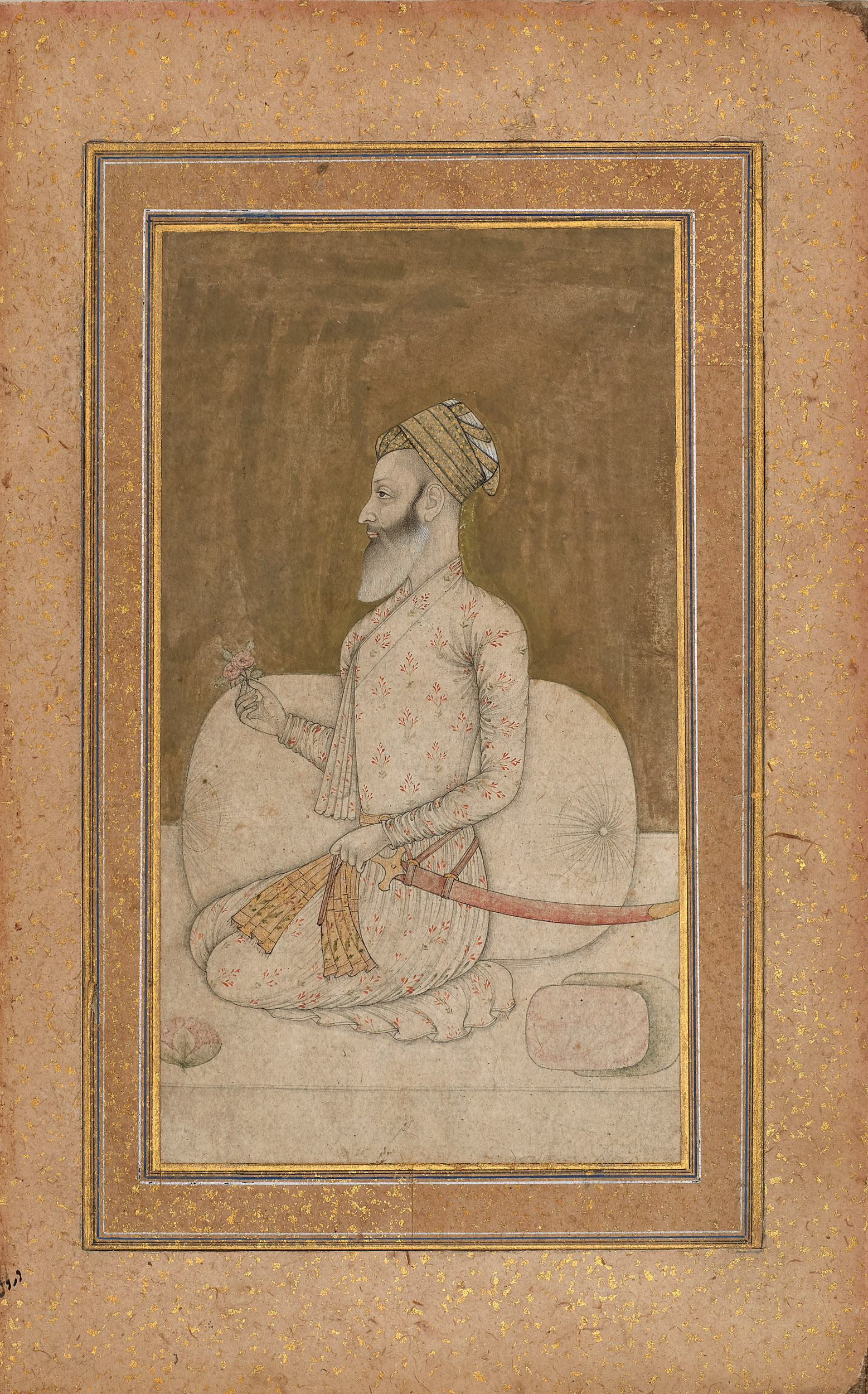 With the increased Mughal military presence in the South during the reign of Aurangzeb we see a shift in Deccani painting from a whimsical and imaginative blend of indigenous and Persian traditions to a more naturalistic documentary style that was long favored at the Mughal court. The artist of our picture uses heavily exaggerated textile folds, elongated features, and a cool Deccani palate, however, the end result has much in common with Mughal portraiture of the period. This sort of homogeny is seen throughout the Deccan in the latter half of the 17th century, particularly in Aurangabad, which had been the primary Mughal stronghold in the South since the reign of Shah Jahan. Our artist has cleverly placed the nobleman against a solid bronze background, accentuating his distinctive facial profile. The sensitive treatment of the beard and jama along with the use of a rather austere pallet is found in the work of ‘Ali Riza1. While the details of Riza’s career have long been the subject of debate, judging from his surviving work it seems certain that he served the artistic demands of the Mughal nobility stationed in the Deccan.

1. A portrait of young prince Alamgir in the Khalili collection (The Nasser D. Khalili Collection of Islamic Art, Paintings from India, Linda York Leach, No. 64), An officer in the British Museum (Falk & Archer 1981, no. 457) and a Portrait of a Muslim nobleman smoking on a verandah from the Hodgkin collection (Visions of Mughal India: The Collection of Howard Hodgkin, Andrew Topsfield, ed., no. 18) are all signed by Ali Riza.