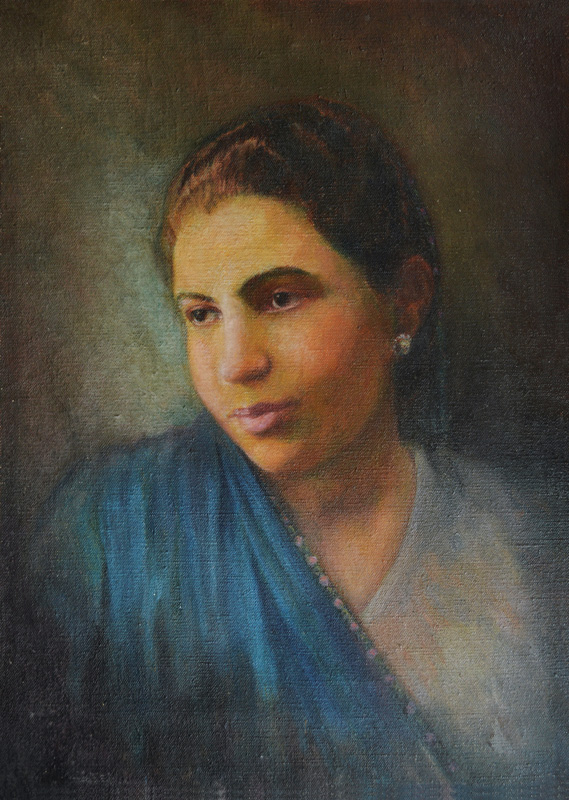 Portrait of a Parsi Lady

In 1857, the School of Art and Industry got established and Sir J. J. School of Art – Bombay became the cradle of the ‘Bombay School’. Pestonji Bomanji, joined the Bombay School at the age of thirteen and went on to became the principal’s favourite student. He was the first Indian teacher at the art school and also the Indian vice principal of the School. He worked as a salon painter, exhibited at shows around the country and won several important prizes. His works are part of collections such as the Prince of Wales Museum in Mumbai, National Gallery of Modern Art in New Delhi, Tata Family Collection, and Indian Museum in South Kensington.

The Parsis commercial spirit had led them to travel foreign countries and succeed in settling there. A spirit of giving back to the community and encouragement received due to the British policies, made them leading merchants of their time. Many wealthy Parsis regularly got their portraits done by artists. Bomanji’s subject matter was mostly ethnographic and remained limited to the Parsi community, depicting their life with easily available and willing models.

This portrait of a Parsi lady is one of the many works that Pestonji did for the community. Not much information on the whereabouts of the lady could be gathered.