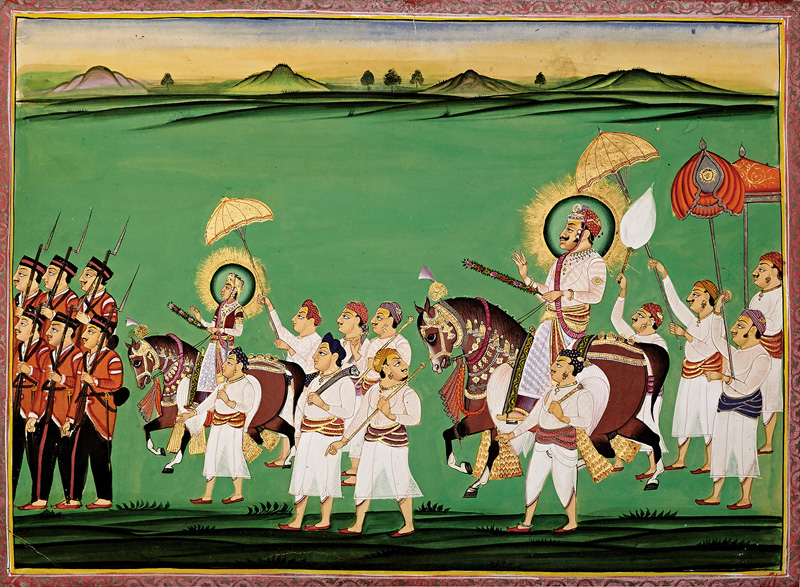 Procession for the festival of Chunri Gangaur

by Unknown Artist
Nathdwara
circa 1865

Gangaur is a very important festival in Rajasthan. It is the celebration of spring, harvest as well as marital fidelity. This festival is celebrated with pomp and splendour in Nathdwara, especially by womenfolk who worship Gauri, the consort of Lord Shiva. People add chunris to their attire in the form of turbans, etc. Hence, the name of the festival is Chunri Gangaur.

This painting is of the period when Govardhanlalji’s father, Girdharji was the Tilkayat. Girdharji was a bold man of independent nature. During the 1857 uprising, he took the side of the freedom fighters against the British rule and even sheltered Tatya Tope. He was totally against the British domination of India and employed a detachment of European troops. They are seen in this painting leading the way wearing their red uniforms and carrying guns. A young Govardhanlalji is shown riding behind them alongwith his attendants while the reigning Tilkayat Girdharji is shown with his attendants.