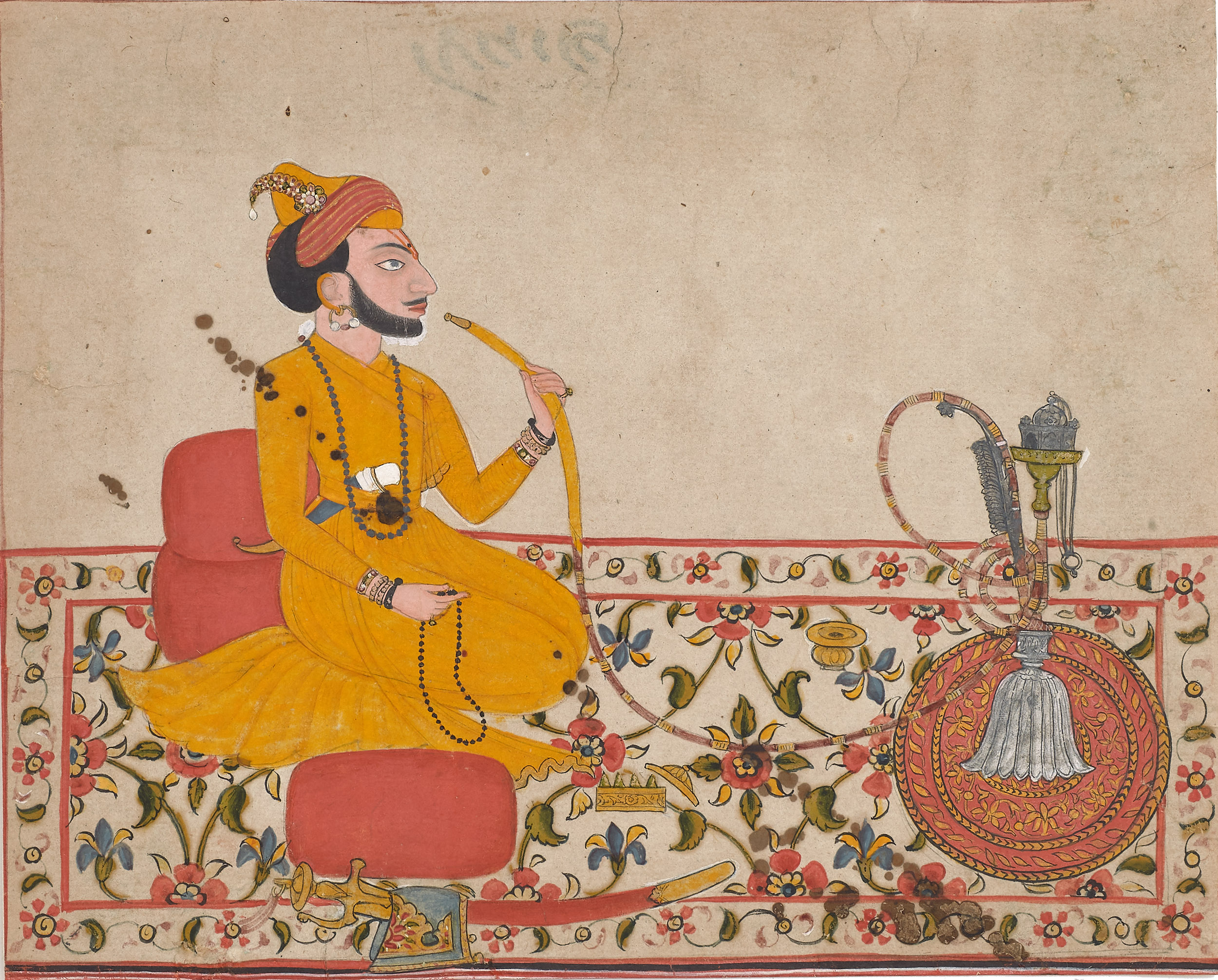 Few hill rajas were depicted as frequently as Raja Ajmat Dev of the small state of Mankot. In each surviving portrait, Ajmat is depicted, alone, as we see here, or with an attendant, smoking a hookah, as was the custom in early Pahari portraiture. Ajmat is frequently confused for rulers of the nearby state of Bandralta as the two kingdoms appear to have employed the same family of painters during the second quarter of the 18th century.

William Archer1 came to the conclusion that Ajmat assumed control of Mankot during his father Raja Tedhi Singh’s lifetime due to a large number of surviving portraits of Ajmat at a relatively young age. Several portraits of Raja Tedhi Singh at worship in an advanced age are also offered as evidence.

It is worth noting the black portion of Ajmat’s turban, a feature one does not typically see in early Pahari portraiture. It was possibly intended to help keep the wearers head warm during the
cold northern winters.