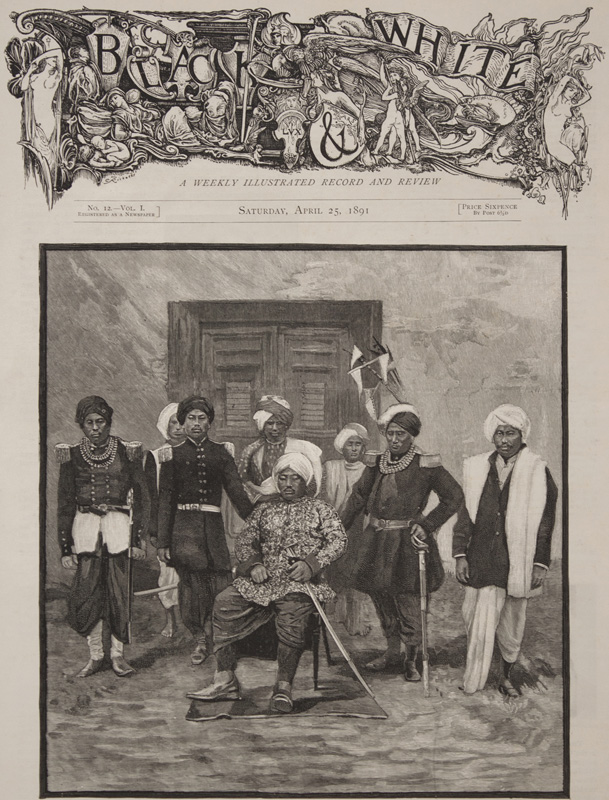 The Raja was the eldest son of Chandrakirti. He ascended the throne after his father and ruled for 5 years. In 1890 his brothers revolted against him and his second brother, a man of feeble will, became Raja. It was to reinstate the rightful Raja, that the late Mr. Quinton, Governor of Assam, undertook his disastrous expedition to Manipur where 6 British officers were killed.

Wood engraving by ‘Black & White’ studio artist, after a photograph