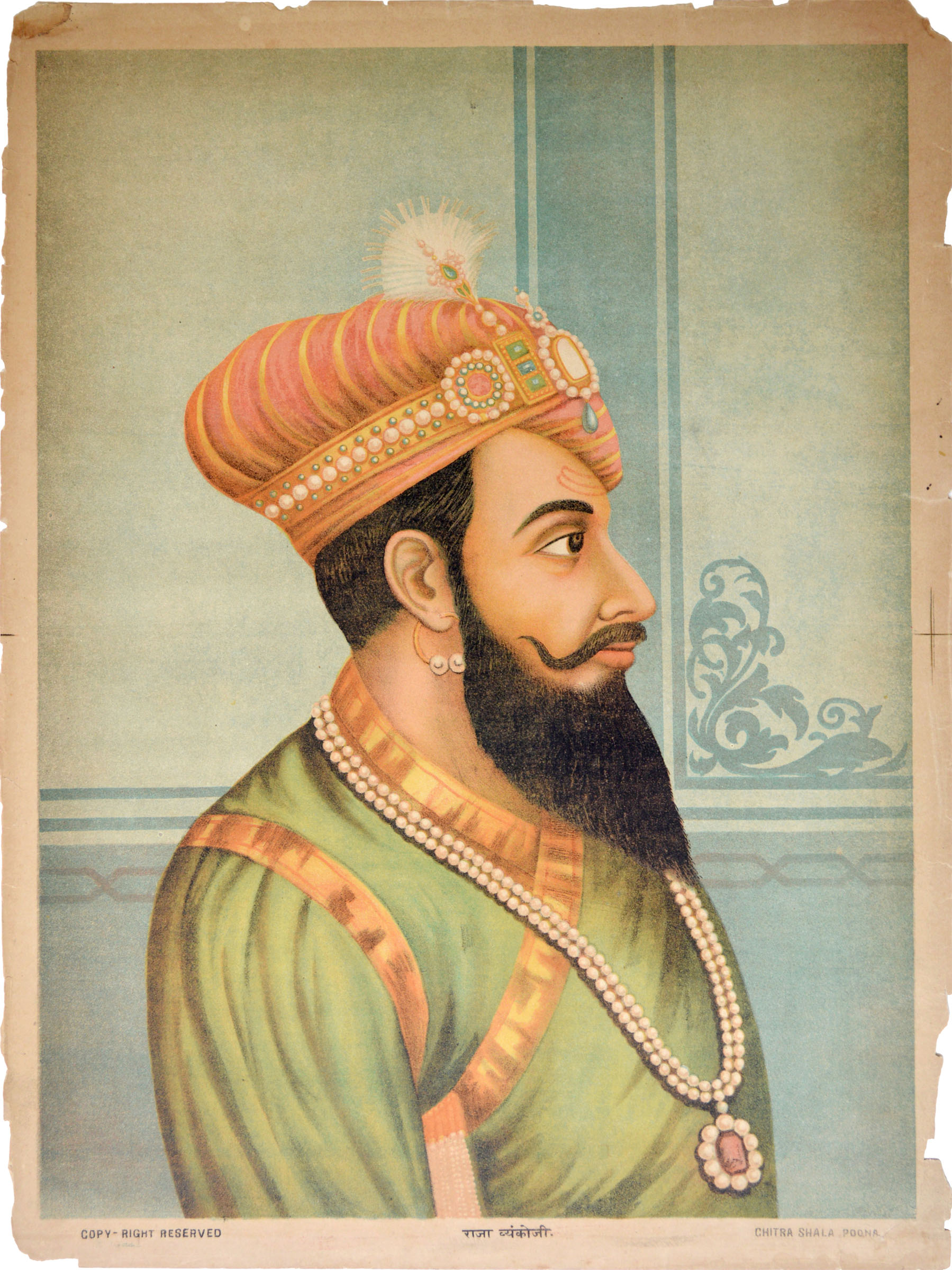 Raja Vyankoji Bhonsle was Shivaji’s younger half-brother. He was the founder of the Maratha rule in Thanjavur. His descendants, the junior branch of the Bhonsle family, ruled Thanjavur until the annexation of the kingdom by the British in 1855. Sanskrit and Telugu literature flourished during his period. The king himself is said to have composed a Telugu version of the Ramayana.