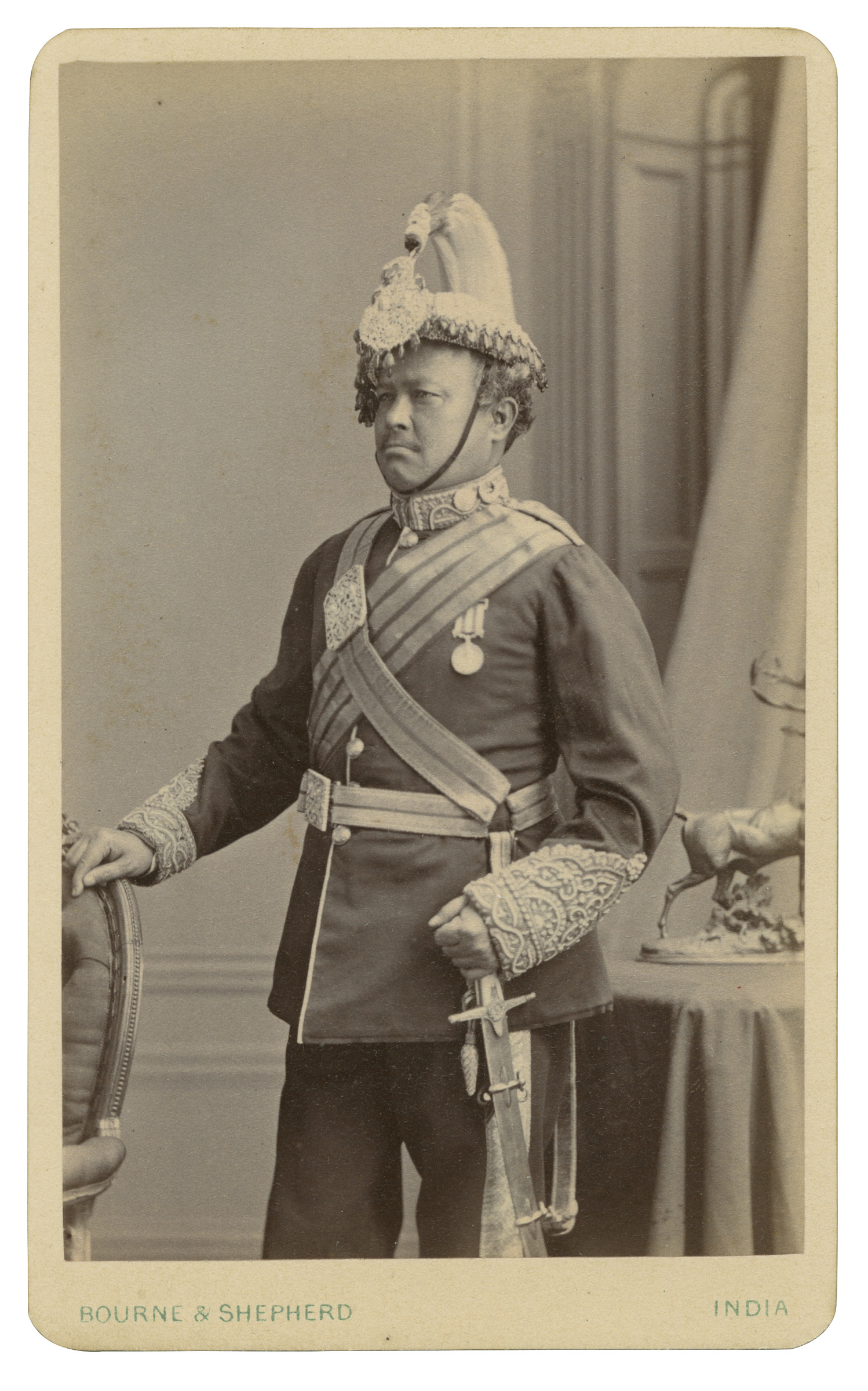 Born as the seventh son of Kaji Bal Narsingh Kunwar from his second wife Ganesh Kumari Thapa, Ranaudip Singh grew up to be the second Prime Minister of Nepal. As per the family roll of succession, Ranaudip succeeded his elder brother Jung Bahadur following his death in 1877.

He was also given the title of Tung-ling-ping-ma-kuo-kang-wang (Truly Valiant Prince; commander of foot and horse) from the Guangxu Emperor in 1882. His first wife died and so he married Hari Priya Devi, an active person in the Nepal Durbar Politics who was childless. Devi was known as an arrogant and vain woman and interfered in the state affairs. This resulted in a political crisis which eventually led to coup d’état where Ranaudip was assassinated in 1885. Devi then took refuge in the British Residency, and was exiled to British India indefinitely.

In this image we see Rana wearing a British influenced outfit rather than the traditional Nepalese outfit Daura-Suruwal, popularized by his predecessor Jung Bahadur. His attire comprises of a jacket and trouser with a closed neck and has ornate embroidery on the sleeves and neck, a headgear with a long feather trail and a sword in his left hand. He wears a badge of some sort and no necklace or jewellery.