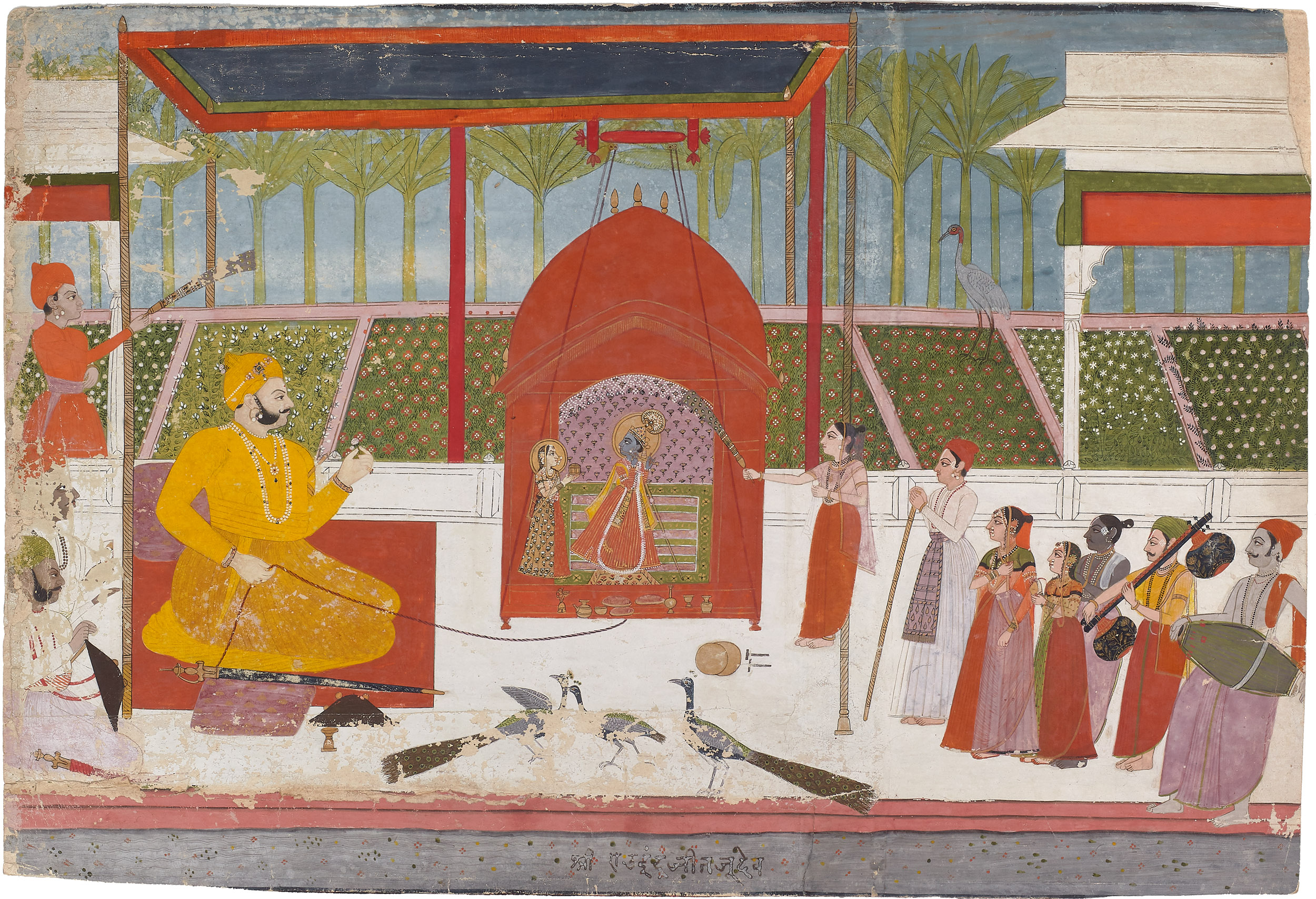 The resplendent Raja of Orchha, Indrijit Singh, is shown here celebrating Jhulan Yatra along with two courtiers1. Jhulan Yatra, which is a five-day festival held in the monsoon month of Shravan (July-August), celebrates the Love of Krishna and Radha. After receiving arati, the Deities are pushed on elaborately decorated swings while music and dance are enjoyed. Here we see Rao Indrijit holding a string, which is attached to a swing containing two large icons of Radha and Krishna. The red swing, which also contains a fine carpet, ritual implements, and a gold stand, is suspended from a canopy. Peacocks dance and music plays as the Rao and his close circle enjoy the festivities.

Rao Indrajit must have been particularly fond of Jhulan Yatra as we know of another painting of him enjoying this festival along with his two sons2. Another closely related picture of Indrajit in a spring durbar, which is dated 1753, and appears to depict some of the same musicians and courtiers, is also known3. Yet another picture depicting Rao Indrajit worshiping the same icons of Krishna and Radha is in the Jagdish and Kamla Mittal Collection4. A further picture of Indrajit in procession was also recently published5.