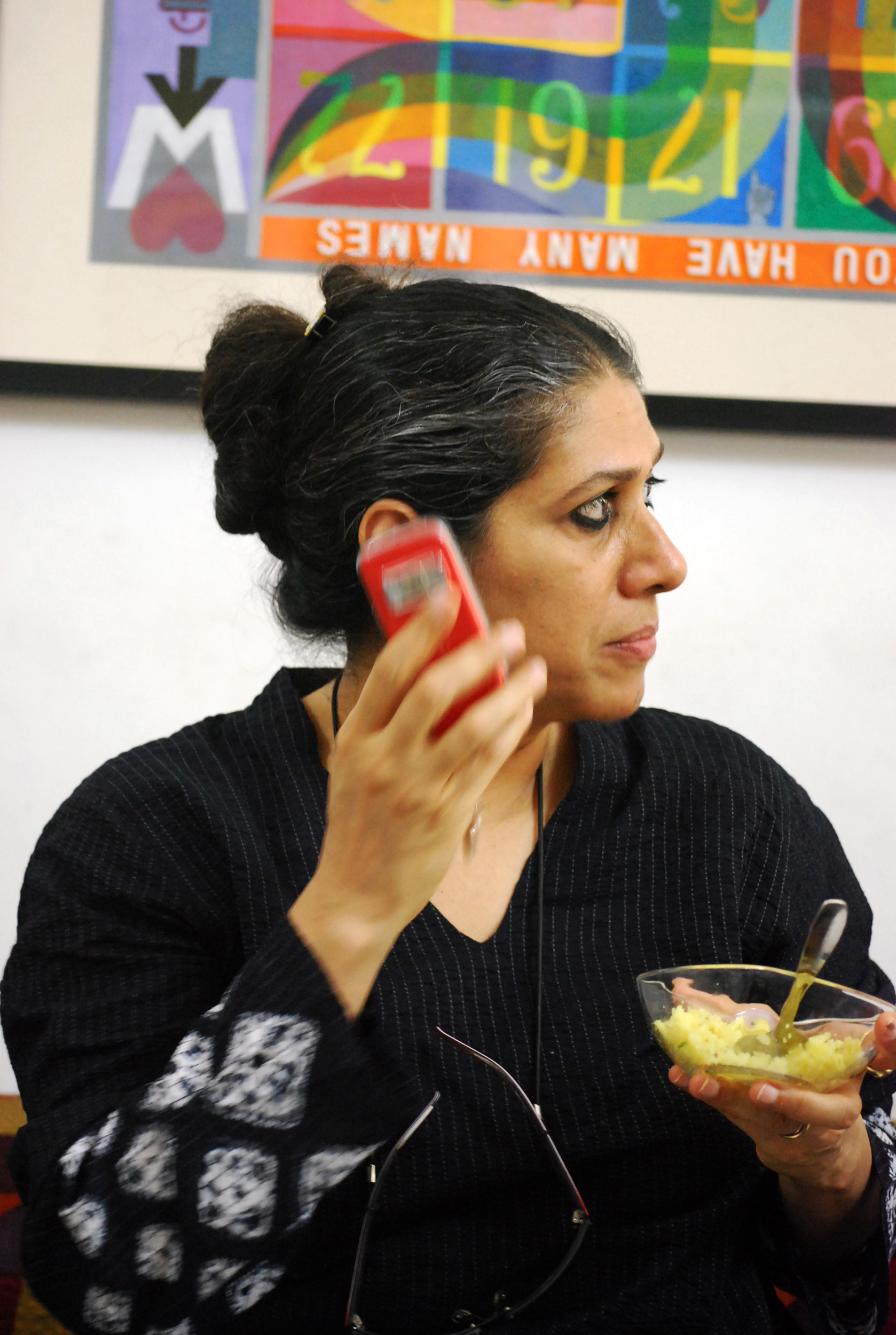 Rekha Rodwittiya was born in Bangalore in 1958 and studied B.A. in painting from the Faculty of Fine Arts, Baroda and at the Royal College of Art, London.

The representation of the female figure has been a paramount concern for her, even as it has been significant for several feminist artists. Her early years at Vadodara laid the foundations of what now stands as a politically alert feminist practice of painting. Recent years have seen her exploring archetypal figuration of the female form in a celebratory mode. The disappearance of the male figure from her work is not so much a measure of exclusion as it is a positive assertion monumentalized by the figure of the female protagonist.

She was invited to deliver series of lectures on Indian Art at the École supérieure d’Art de Grenoble and Castello di Rivoli, Torino and did a short stint at the Fullam Institute on Film and Video. She was conferred the Staff Fellowship from the Rockefeller Foundation Asian Cultural Council to work in USA Her work has been included in several group exhibitions in India and abroad, including the VI International Triennial, New Delhi, India in Switzerland: Six Young Contemporaries, Geneva and Inside Out: Women Artists of India, touring exhibition in the UK. She lives and works in Vadodara.