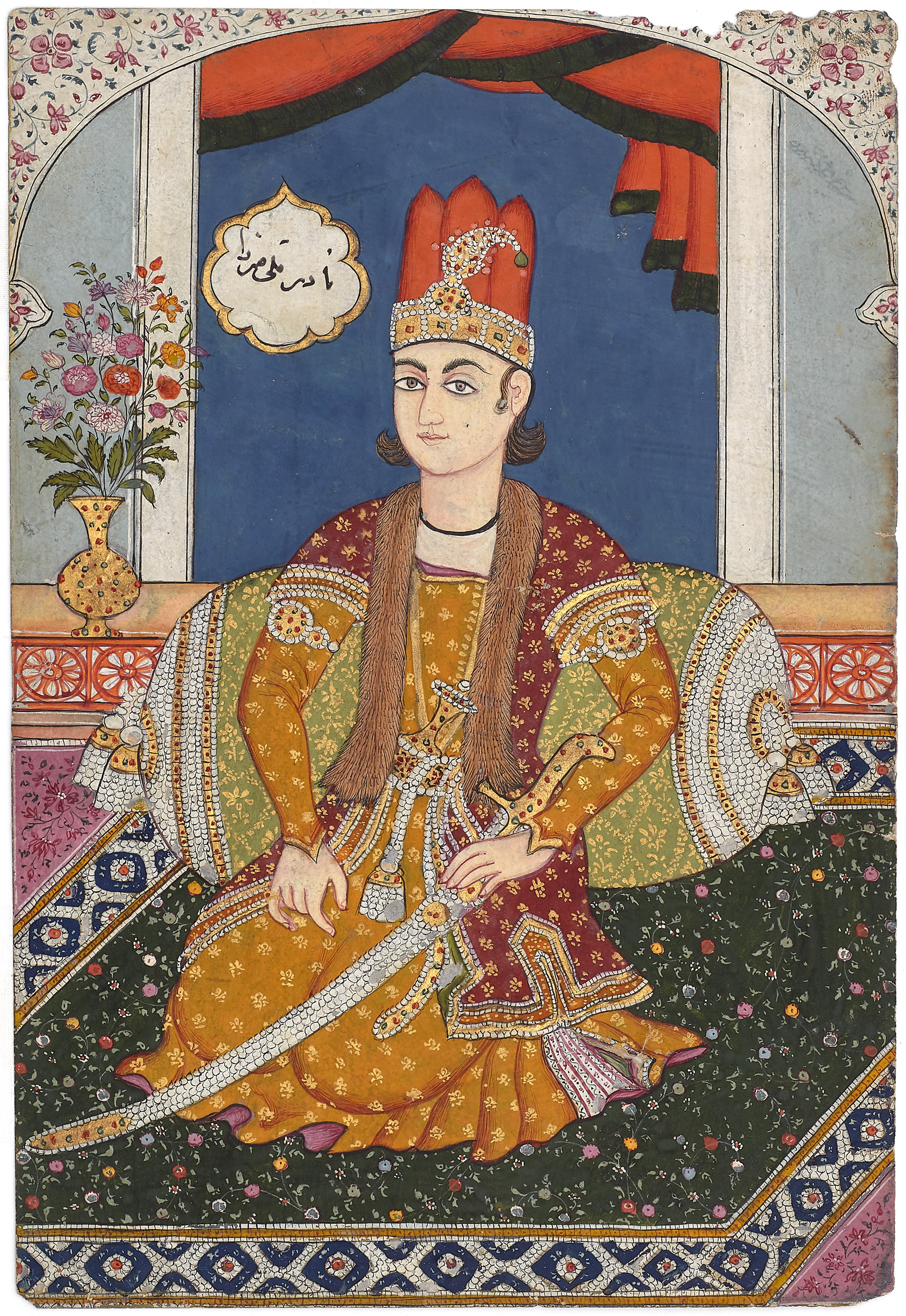 Reza Qoli Mirza Afshar was the eldest son of Nader Shah Afshar. In 1736, his father entrusted him with Khorasan. From Khorasan, Reza sieged Andkhui in 1737 and Balkh shortly afterward. He then crossed the Oxus, against his father’s wishes and successfully sieged Qarshi and engaged in campaigns into the Kunduz region and Badakhshan. His father left him in charge of his empire in 1738, giving him the title viceroy, while away on his expedition to India. Reza heard a rumor that his father died while in India and began to make preparations to assume the throne. He killed the former Shah, Tahmasp II and his son Tahmasp III, in a bid to remove all possible contenders to the crown. His wife, who was Tahmasps II’s sister, committed suicide upon hearing of what her husband had done. It is believed that Nadir, upon his triumphant return, began to suffer from mental instability. He suspected Reza was behind a failed attempt on his life in 1741 and had his son’s eyes gouged out and brought to him on a platter. Nadir’s noblemen, after witnessing his instability and fearing for their own wellbeing, ordered his assassination in 1747. Nadir’s nephew, Adel Shah, would later murder Reza in his own bid to remove contenders to the throne.