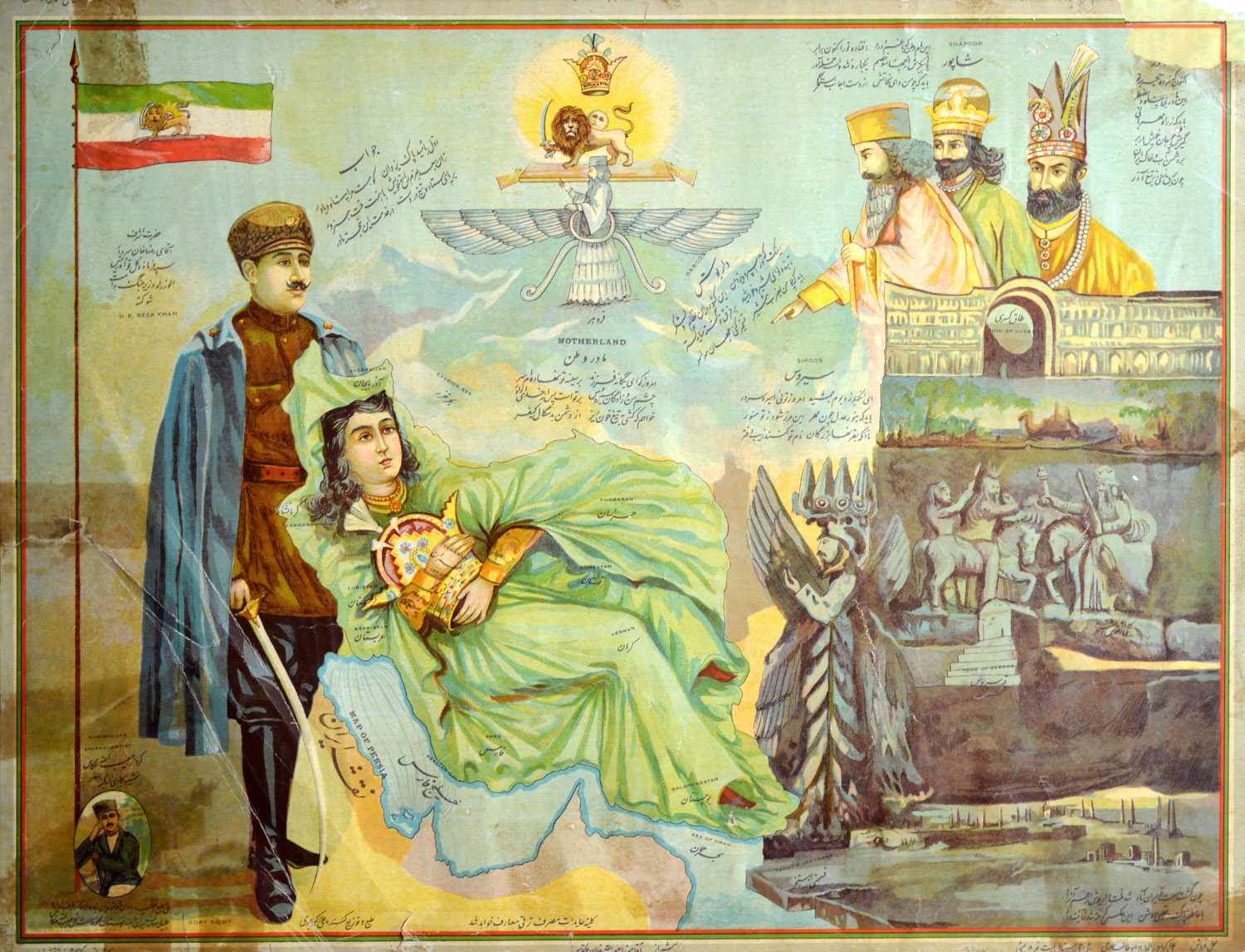 Parsi’s Motherland-IranReza Shah Pahlavi, popularly known as Reza Khan, was the first democratically elected monarch of Iran and founder of the Pahlavi dynasty. He established a constitutional monarchy that lasted until being overthrown in 1979 during the Iranian Revolution. He introduced many social, economic, and political reforms during his reign, ultimately laying the foundation of the modern Iranian state.

Parsis migrated to India around the 8th century AD to avoid persecution following the Arab conquest of Persia. However, their love for their motherland (Persia and now modern day Iran) never ceased. In this imaginary composition, it is shown that Motherland of Iran rests her head upon the chest of Reza Khan and tells him that all eyes are on him, after the merciful God, and to kill all enemies with his sword. Reza Khan says his hopes are with the pure God as he is his helper and friend. Reza Khan is shown standing on his feet, having a sword in the hand, for the service of his great motherland. The three ancient Iranian Emperors belonging to the Imperial Sasani dynasty, who ruled immediately before the advent of Islam between A.D. 226 and 651 are shown on the right.