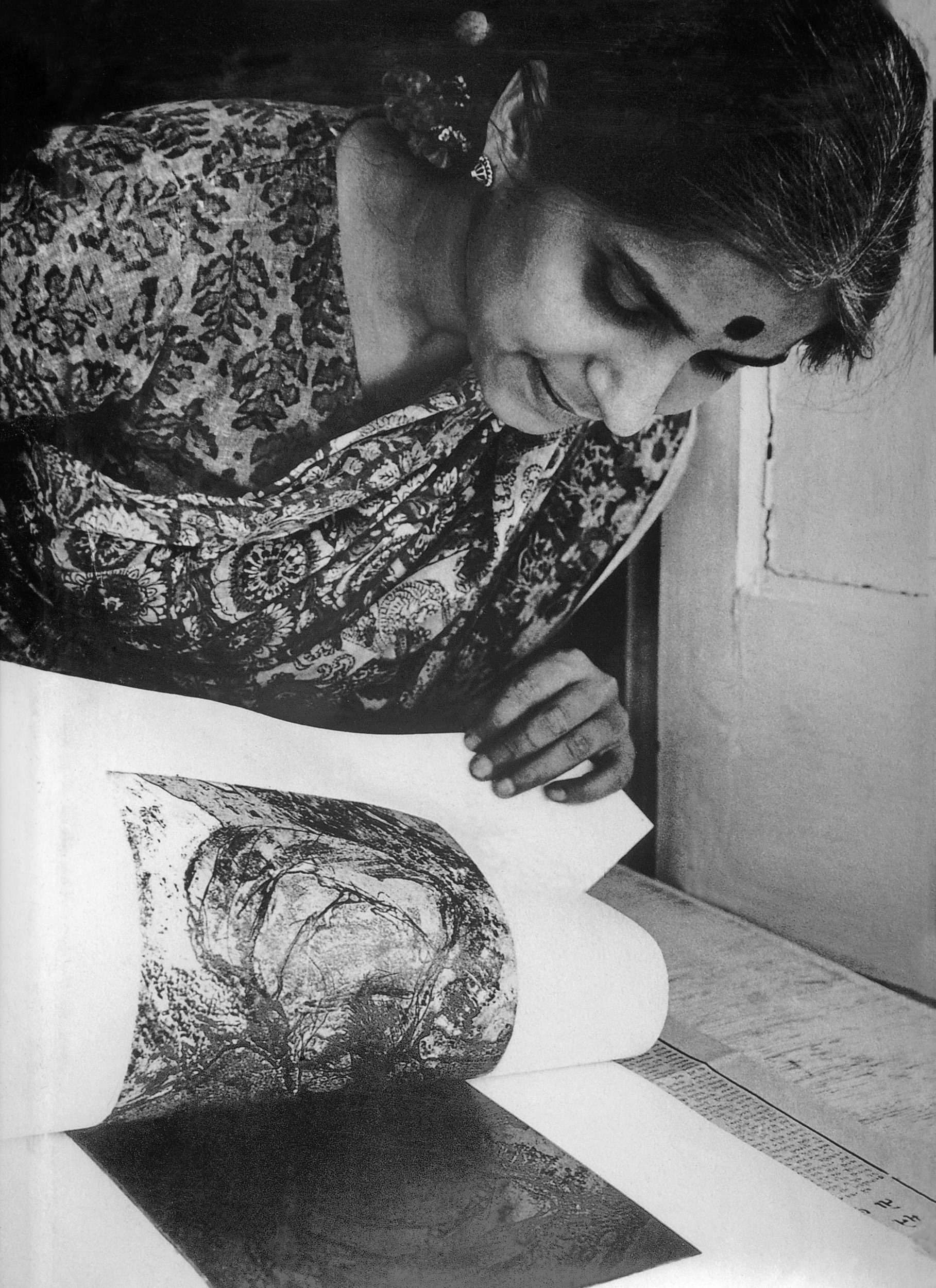 Rini Dhumal, born in 1948 at Rongpur, Bangladesh, acquired her Bachelors and Masters degrees in Fine Arts from M S University, Baroda and later studied in Paris on a French Government scholarship with Sir SW Hayter at Atelier 17, followed by a stint with Krishna Reddy.

She initially taught at the MSU and continued to refine her own art through various media, including glass painting, sculpture as well as writing. However, her prime calling is in print making and
painting.

Considering women as her core inspiration, she has tried to depict women in many forms through her work. This depiction is akin to Bengal’s much-revered goddess Durga.

Recipient of the Chancellor’s Gold Medal in Vadodara and Governor’s Gold Medal in Kolkata, she is also credited with AIFACS, and Lalit Kala Akademi, National and MS Randhawa awards. Rini’s work has been exhibited in numerous solo and group exhibitions at Delhi, Mumbai, Vadodara, Ahmedabad and Hyderabad in India and overseas at Paris, Chile, Germany, Tokyo, Spain and at the Ueno Royal Museum in Tokyo. One of her shows titled “Parallel Wings” showcased 66 of her artworks ranging from paintings to sculptures to terracotta to tapestries. She lives and works in Vadodara.