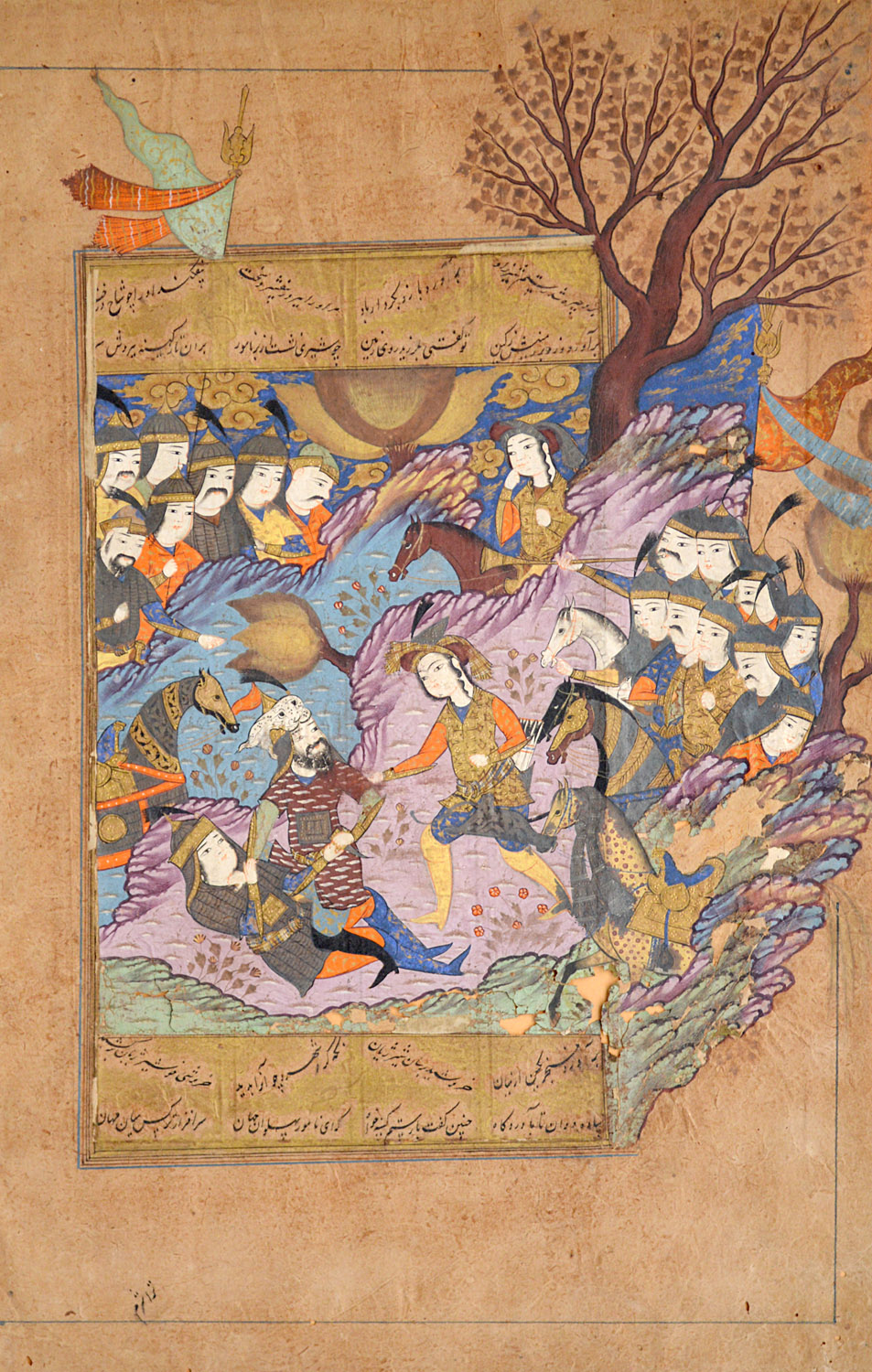 Rustom and Sohrab
from the myths of the Shahnameh

by Pupils of Reza Abbasi, Isfahan-Iran
circa 1620 (late Safavid period)

This manuscript page depicts one of the most tragic episodes of the Shahnameh. It is the story of Rustom where we see him killing an enemy in battle who he later discovers is his own son Sohrab. Many years back, Rustom had spent a night with the beautiful princess Tahmina, and had fathered a child with her, while he was a guest in her father’s castle. Years go by before Rustom and Sohrab meet. A war between Persia and Turan is on the horizon and the two armies prepare for battle. Sohrab had become the best fighter of the Turan army. But Rustom’s legend precedes him, the Turan army cowers before him and Sohrab is sent to wrestle with him. After a very long bout of wrestling, Rustom breaks Sohrab’s back and stabs him. Sohrab produces the necklace that Rustom once gave Tahmina, who gave it to her son to keep him safe during the war. Rustom grieves heavily but cannot save his son.

The artist was aware of the mature style of the great artist Reza Abbasi. Reza and his pupils were responsible for a dramatic shift in the style of Persian painting from the late 16th century, well into the 17th century. We know this from a number of signed and dated manuscripts and individual works that were illustrated by these artists. This painting compares very closely to the work that was produced in the first half of the 17th century by Reza’s many followers.