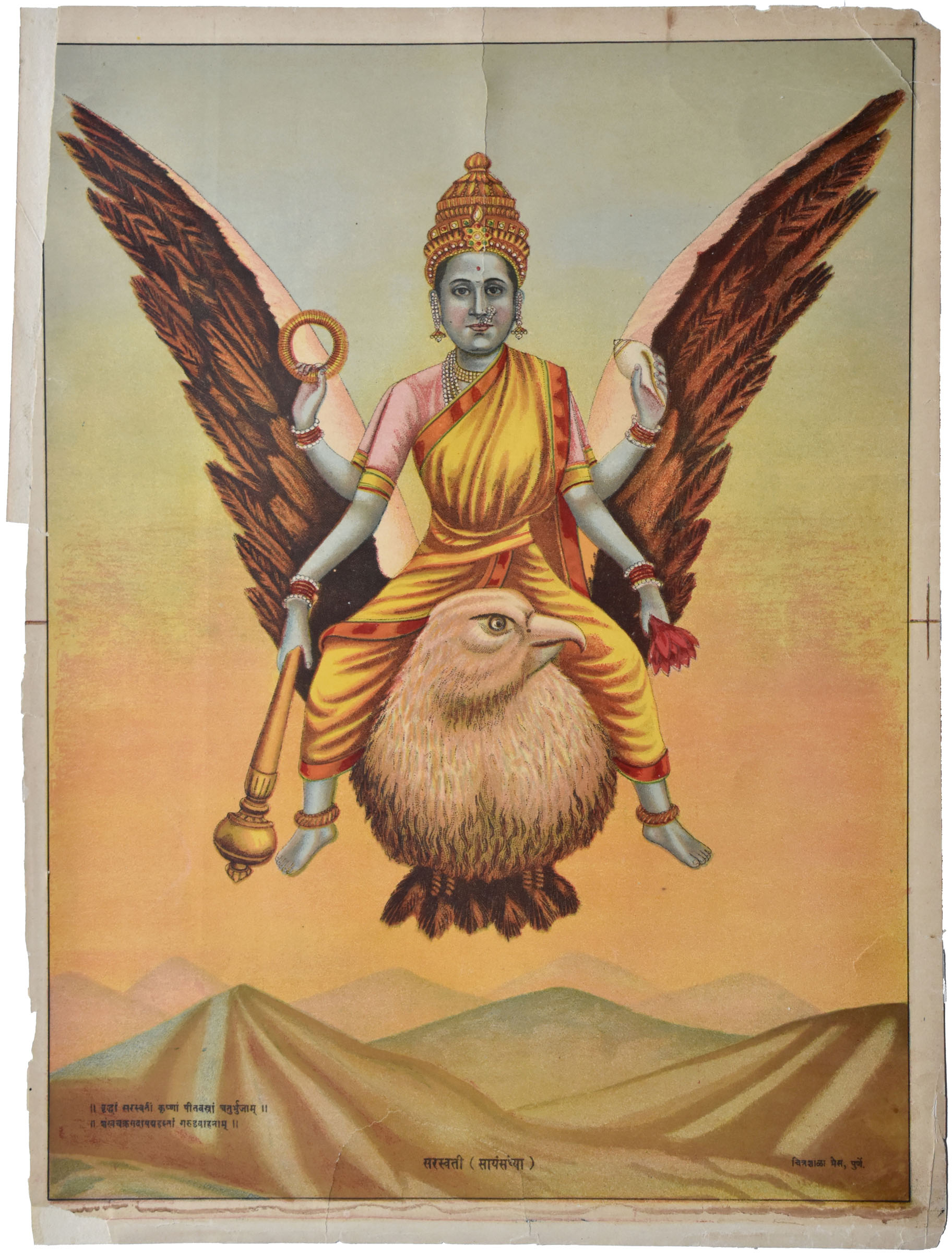 This magnificent portrait of the goddess Saraswati was considered very innovative in its time. It was the first time that an artist depicted Garuda in a naturalistic way. Classical art had always presented the vahana of Vishnu as a bird with a human head or a man with a beak-shaped nose. The Chitrashala Press painter chose here to draw him as a simple bird of nature as if illustrated in a treatise on ornithology. It was this image that inspired the Ravi Varma Press to design its famous Garuda image.

Another surprising element is the fact that it is not Vishnu who is riding Garuda but Saraswati, the goddess of Knowledge and Arts. The artist is referring to the Vedic ritual Sandhyavandanam, which states that Saraswati is to be honoured as a form of Vaishnavi,
Vishnu’s consort, at sunset.

In her four hands, the goddess must hold, instead of her own attributes (a book, a rosary, a water pot), those of Vishnu (the conch shell shankha, the discus chakra, the mace gada, a lotus flower padma).