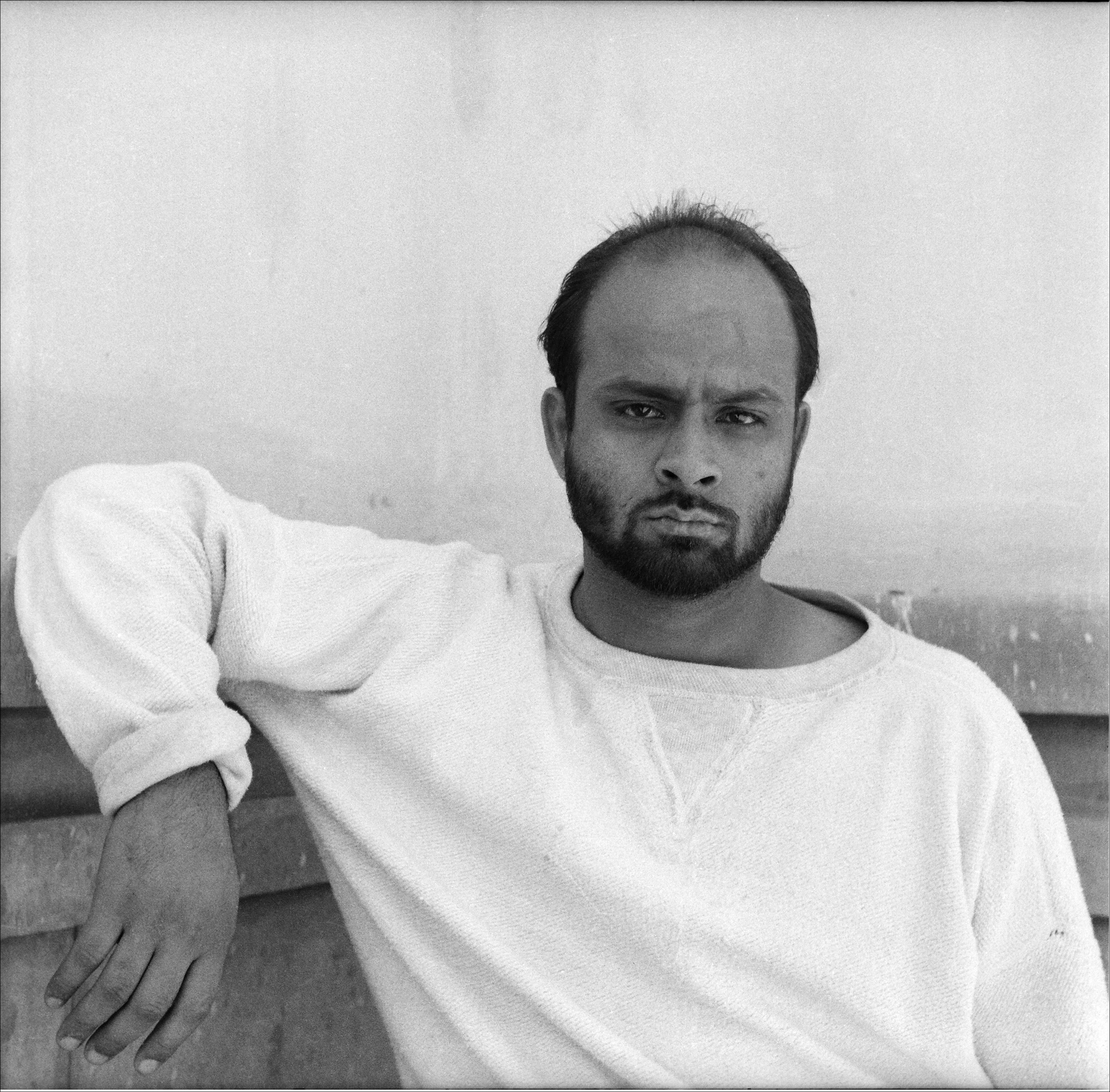 Gujral was born on 25th December 1925 at Jhelum in undivided Punjab in British India. He grew up along with his elder brother Inder Kumar Gujral, who later become the Prime Minister of India. While crossing a rickety bridge in Kashmir, he slipped and fell into the rapids, resulting in a hearing impairment and a leg injury, which he regained after surgery in 1998. The accident left him lonely and most schools did not enroll him due to the impairment. This made him develop an interest towards painting to portray his own thoughts when he was only 14. He spent most of his childhood in Lahore, and thus had to witness the gruesome partition and daily killings at a very young age. The impact the partition had on him was so strong that it would later form the basis of his art in the initial stages of his career.

Gujral joined the Mayo School of Arts in Lahore, to study applied arts and in 1944 moved to Mumbai to enroll in the J. J. School of Art. In 1947, due to a recurring sickness, he was forced to drop out of school and leave Mumbai. In 1952, Gujral received a scholarship to study at the Palacio de Bellas Artes in Mexico City, where he was an apprentice to the renowned artists Diego Rivera and David Alfaro Siqueiros. He is also an architect and his design of the Belgium Embassy in New Delhi was selected by the international forum of architects as one of the finest buildings built in the 20th century.

The period of 1952 to 1974 saw Gujral organizing solo shows all over the world, featuring his sculptures, paintings and graphics. Gujral was awarded the Padma Vibhushan in 1999 and the NDTV Indian of the Year Award in April 2014. He lives with his wife Kiran in New Delhi.