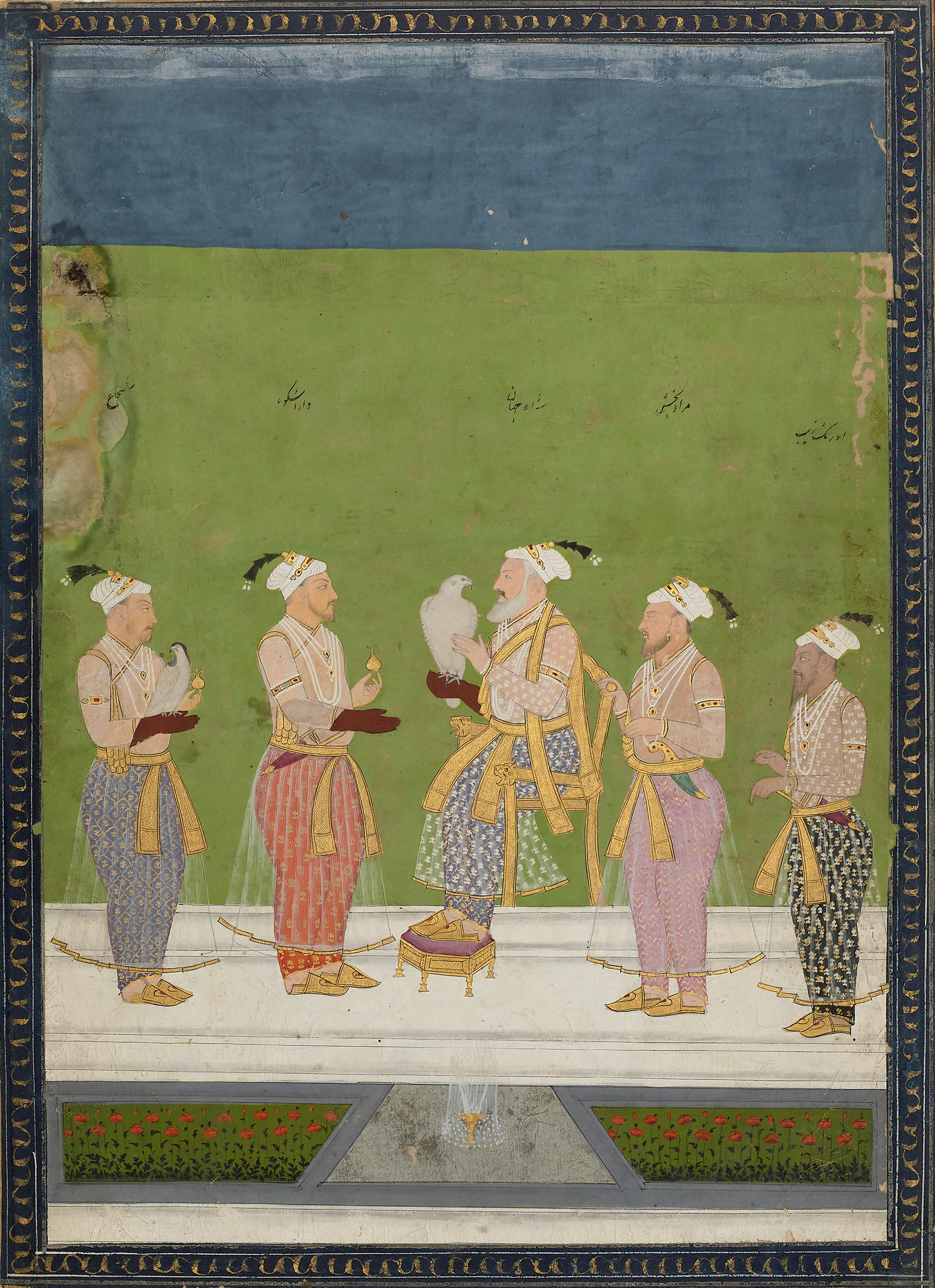 Shah Jahan, the fifth Mughal emperor, is shown seated on a gold chair in a garden. He holds a hawk in his right hand as he rubs its feathers with is left. He rests his feet on a small footstool below and is surrounded by his four sons, two on the right of him and two on the left.

Our portrait is a later version of a late 17th-century work in the British Library1. The artist has essentially maintained the spirit of the earlier composition while adding a few touches that were commonplace during his or her time. The addition of the marble walkway has rendered the perspective of the chair, which remains unchanged from the original composition, implausible. The British Library picture was almost certainly inspired by a Shah Jahan period work and the composition continued to enjoy popularity well into the 18th century2. Our picture and those that were inspired by it were intended to evoke a sense of nostalgia, which these magisterial figures, who all played such an integral part in India’s past, so effectively evoke.