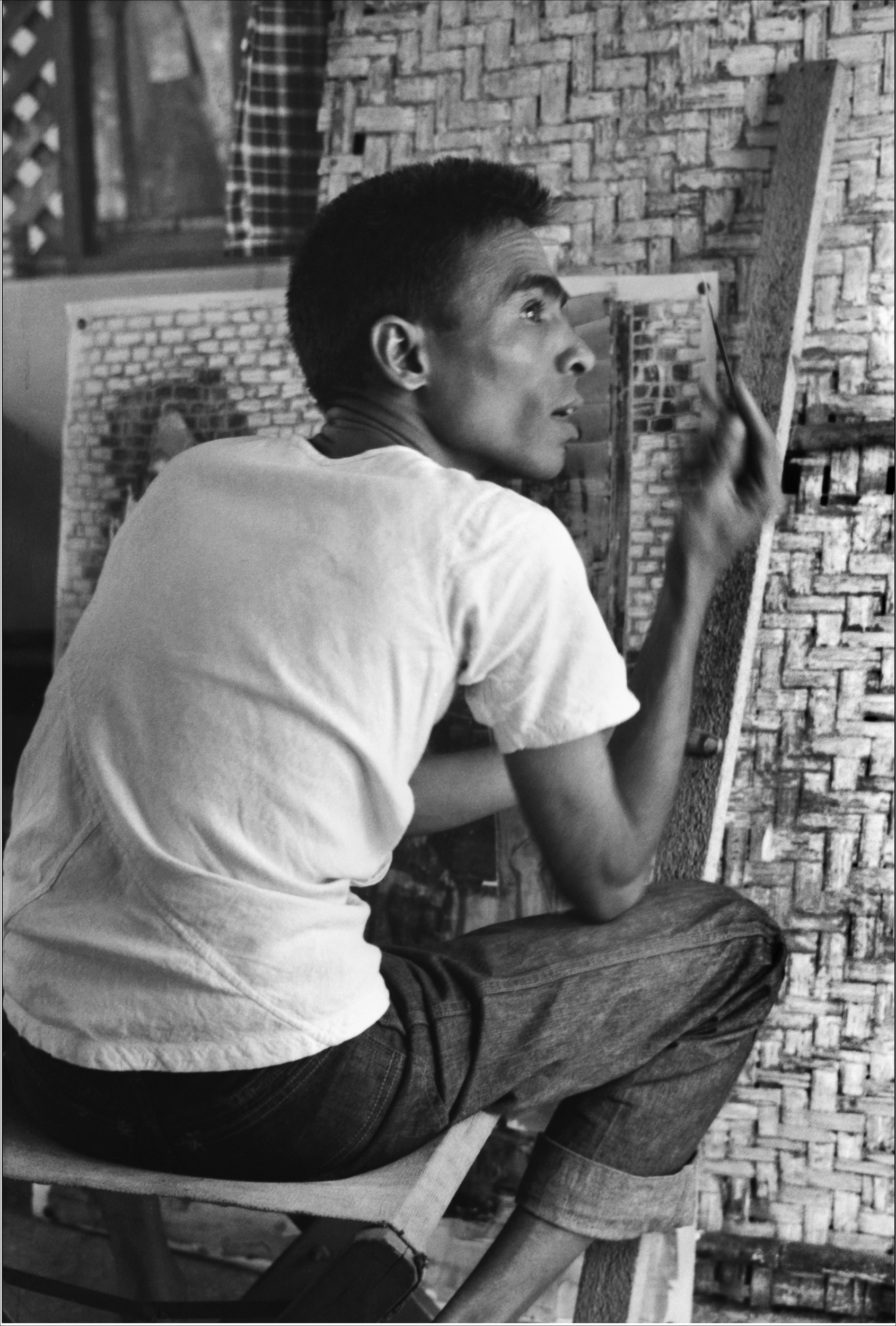 Shanti Dave was born in 1931, in Badpura, Gujarat to a government peon. He later moved to Ahmedabad where he started his art career painting signboards and billboards for films. These artistic aspirations made him join the Faculty of Fine Arts of the M S University, Baroda in 1950, where he completed his graduate and masters studies under the mentorship of N S Bendre. He also was one of the founding members of the Baroda Group in 1957.

Dave slowly made his mark as a painter which earned him several notable assignments such as murals he did at one of the VIP Lounges of JFK Airport, New York and at the Air India offices in Frankfurt and Sydney. He later moved to Delhi in 1960 and consciously worked on print making, attracted to the medium not only for its greater democratic nature for the artist and the buyer, but also for the possibility of greater textures it offered.

His early paintings had been marked by an adept apportioning of spaces for the unfolding of pastoral scenes. He continued to imprint his indigenes motifs on the abstract colour compositions of the erstwhile wax medium for many years after he left Vadodara.