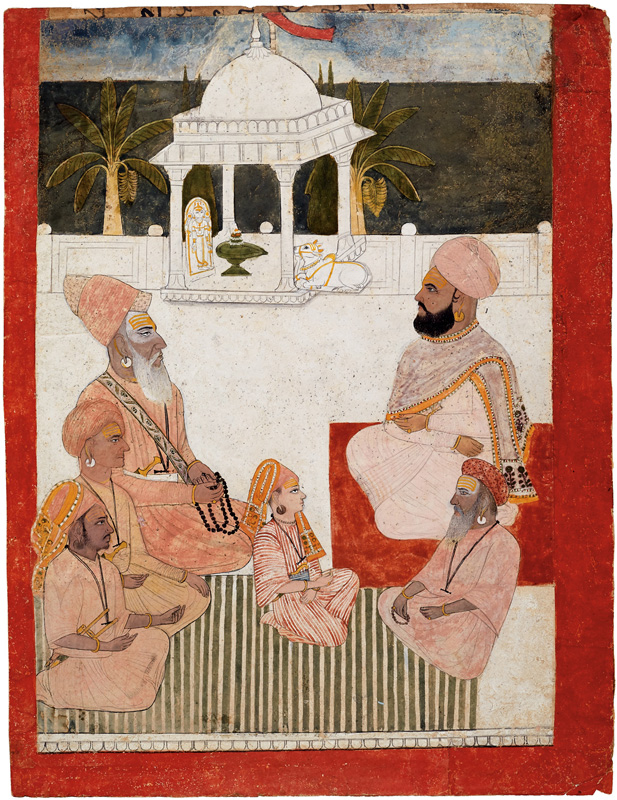 by Jodhpur court artist
circa 1775 CE

A group of six Shaivite sadhus (including a child) indulged in a discourse on a courtyard in front of a Shiva shrine (with a Shivalingam placed inside). One of them is Sundarvanji (could be either the oldest sadhu or the one with black beard seated on a red mat). Their outfits and attributes including tilak marks and rudraksh mala represent their Shaivite affiliations.

This composition has a mixture of styles from Jodhpur, Nagaur and Mughal and each portrait is rendered with an individuality. Artist tried successfully to impart central attention to the old man and the one seated on red mat by drawing their figures slightly larger in scale than the ones in the foreground. Vertical stripes of a durry in foreground goes against artist’s attempt towards perspective, however, subdued tones and white foreground balances the visual equation with dark background and red border.