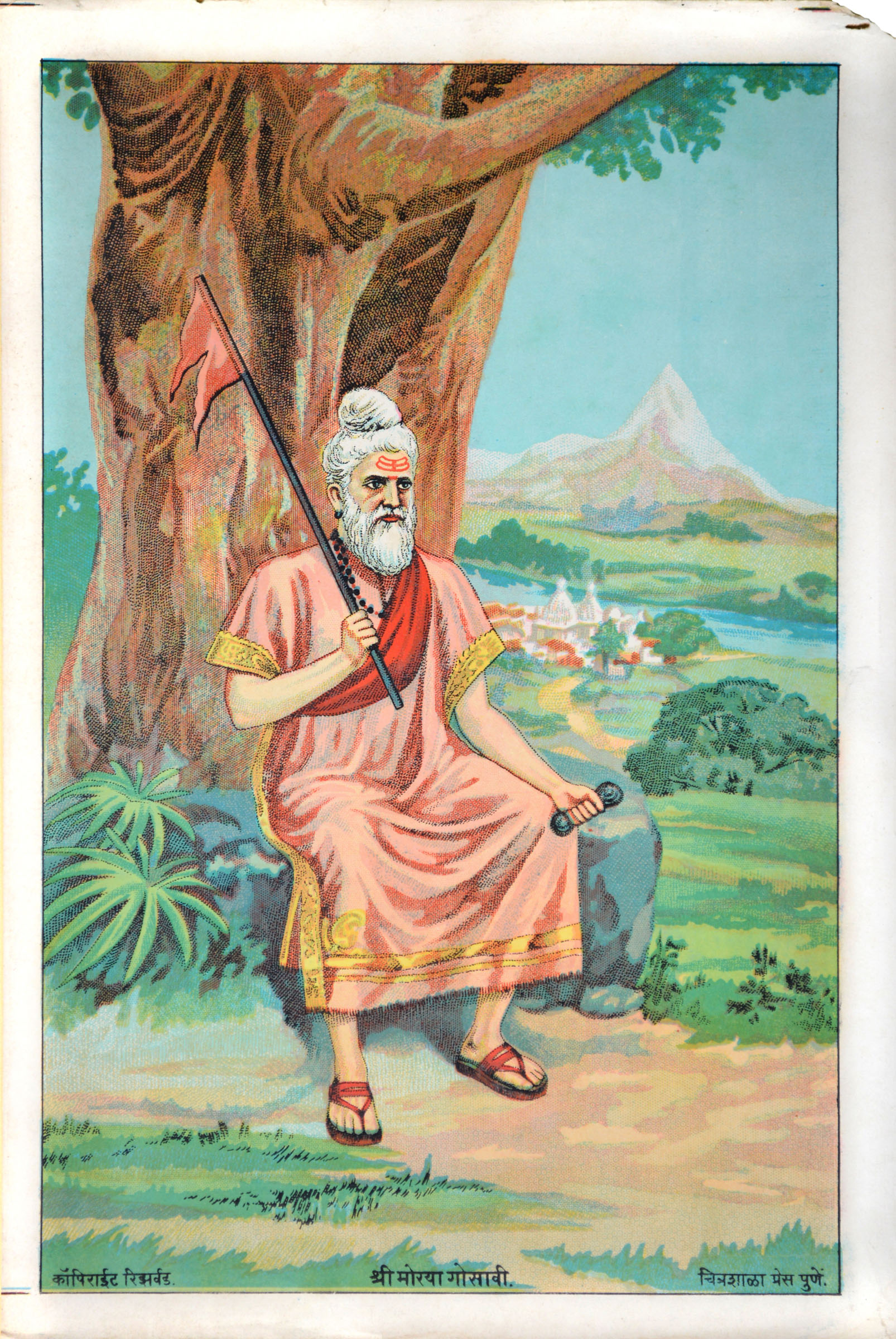 The spiritual leader of the Hindu Ganapatya sect, Gosavi considered god Ganesha as the Supreme Being. He has been known as the most famous devotee of Ganesha. An image of Gosavi is worshipped in the Morgaon temple and he is also credited to have popularized this temple, in Pune district, not far from the Chitrashala Press.