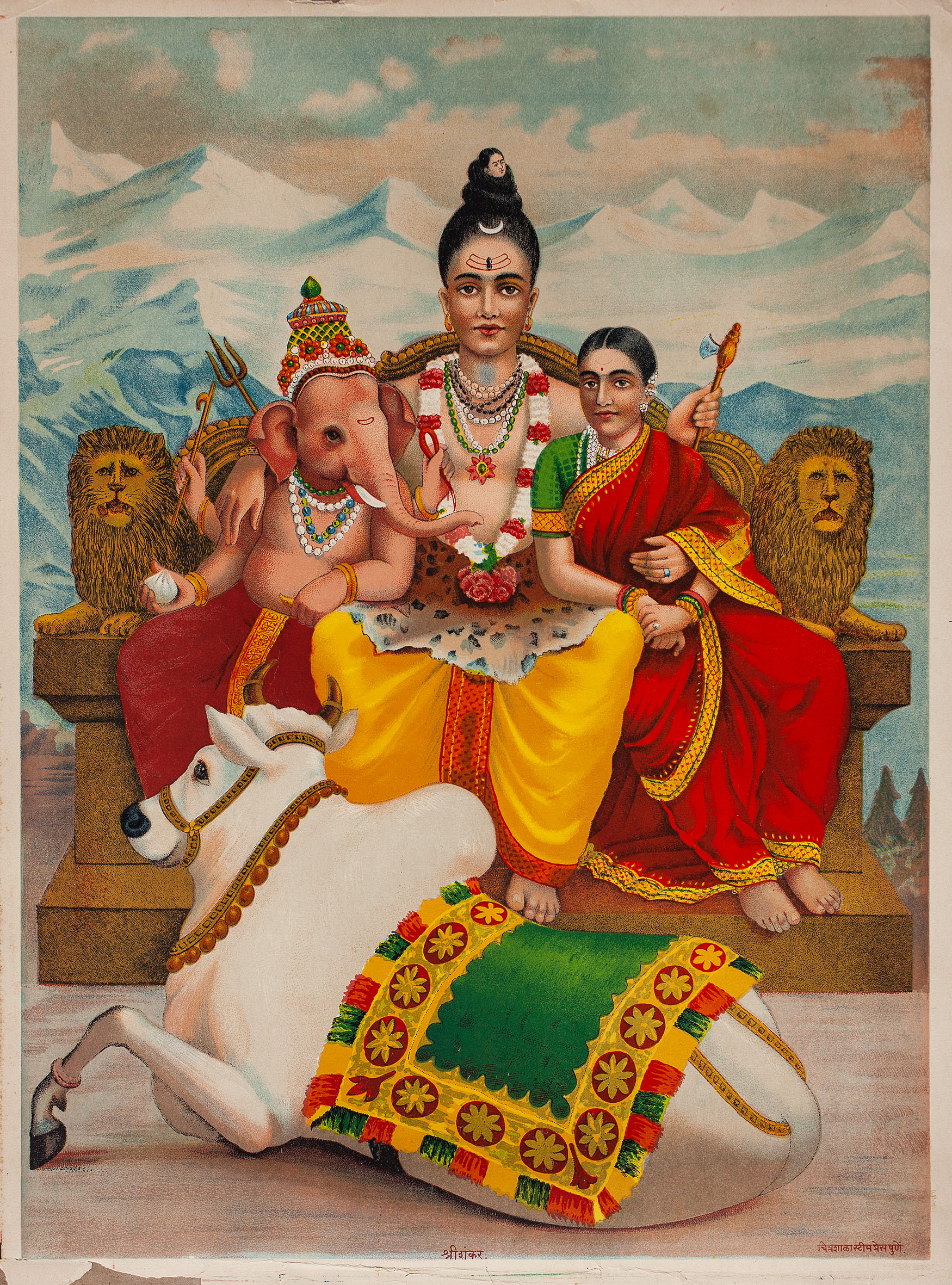 This chromolithograph is of prime importance as for the first time gods were painted like normal upper class men and women. Shiva-Shankar, his wife Parvati and their son Ganesha with an elephant head look like a simple human family posing for a group portrait in a photographer’s studio in front of a mountainous landscape painted in trompe-l’oeil. Wishing to show Shiva as a man, the artist hid his two rear arms behind Parvati’s shoulder and behind Ganesha’s large ear.